Campaign to be initiated for conserving water sources 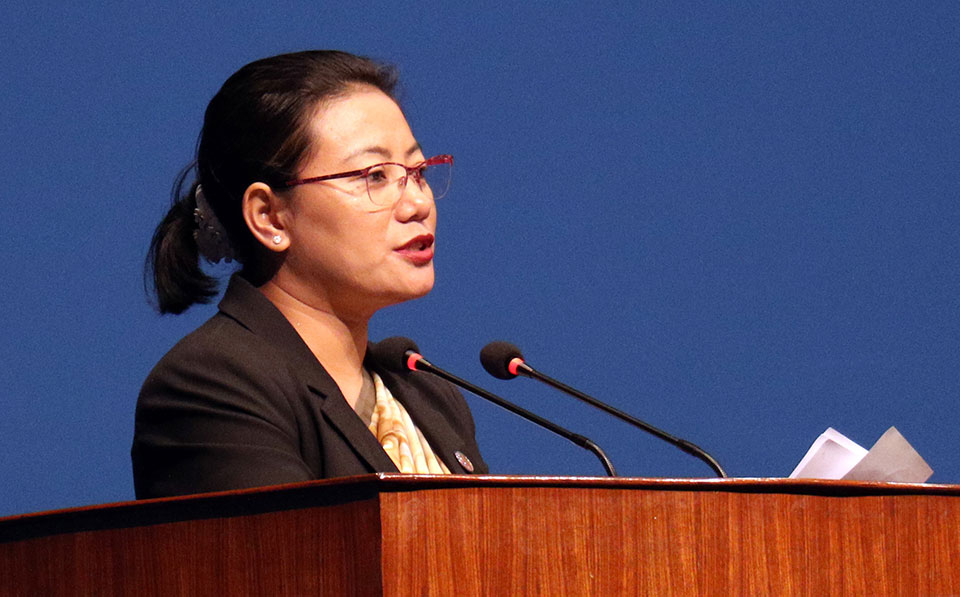 KATHMANDU, June 21: Minister for Water Supply and Sanitation, Bina Magar has said the first phase construction of the Melamchi Water Supply Project would be completed in the coming fiscal year and water distributed in the Kathmandu Valley.

She said this while responding to queries related to her ministry that came up during discussions on the Appropriation Bill, 2076 in the House of Representatives today.

The minister said that since the first phase works of the Project have been completed, there is possibility of supplying water from the Project in the Valley.

She said projects are on the anvil for improving the quality of service of the water supply, adding that a budget of Rs 43.46 billion has been earmarked to the water supply and sanitation.

The watersheds would be protected, the water sources would be conserved and more sanitation programmes launched across the country in the next fiscal year. The concept of 'one house, one tap and one house, one toilet' would be pursued.

No fooling on Melamchi

One major reason why Melamchi Drinking Water Project has become like a mirage for thirsty Kathmandu is because the political... Read More...

KTM Valley folks to get Melamchi drinking water within 60 days