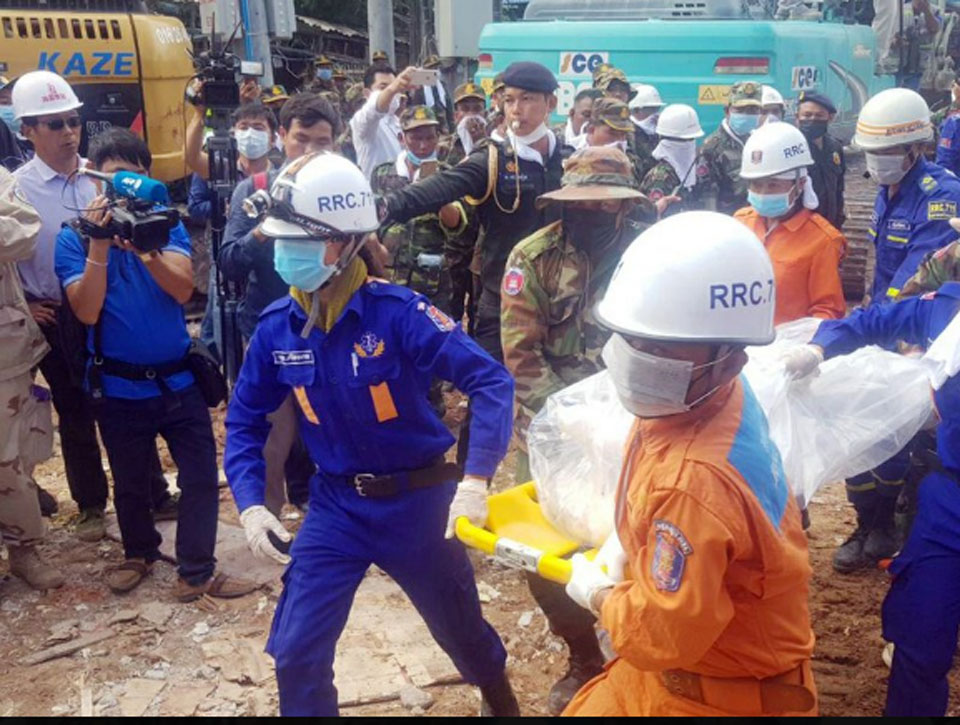 In this photo provided by Preah Sihanouk Provincial Authority, rescuers carry the body of a victim at the site of a building collapse, Monday, June 24, 2019, in Preah Sihanouk province, Cambodia. Rescuers on Monday continued to search the rubble of a building that collapsed while under construction in a Cambodian beach town, killing over two dozen workers and injuring 24 others as they slept in the unfinished condominium that was doubling as their housing. (Preah Sihanouk Provincial Authority via AP)

SIHANOUKVILLE, June 25: A court in Cambodia has charged four Chinese people with crimes over a building collapse that killed 28 construction workers who were sleeping in the unfinished structure that doubled as their housing.

The Preah Sihanouk provincial court said Tuesday the building owner was charged with involuntary homicide, involuntarily causing injuries and aggravating circumstances that cause injury. The construction builder and the daily overseers of the workers were charged with conspiracy to commit those crimes.

The unfinished seven-story condominium collapsed early Saturday as the workers slept on the second floor. Survivors said they heard loud noise and felt the building vibrate just before it fell.

Authorities haven’t said what caused the collapse, and the provincial court did not explain the basis of the charges in detail.

The project was in Sihanoukville, a thriving beach resort town that has several such Chinese-funded projects.

Cruise ship turned away in other ports anchors off Cambodia

SIHANOUKVILLE, Cambodia, Feb 13:  A cruise ship turned away by other Asian and Pacific governments due to virus fears anchored Thursday... Read More...