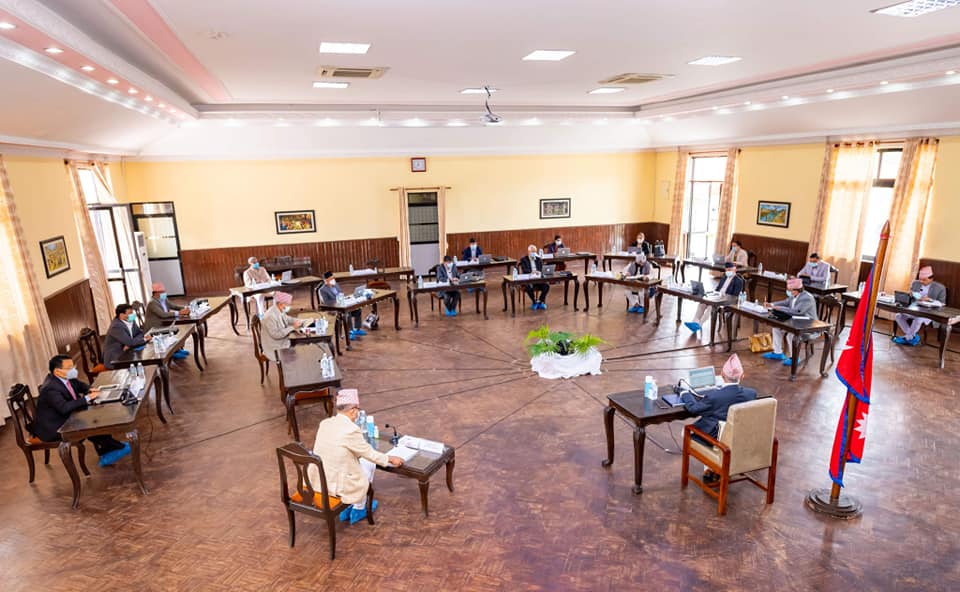 A cabinet minister said the meeting is scheduled to recommend to President Bidya Devi Bhandari to appoint the ruling Nepal Communist Party (NCP)’s Vice Chairman Bam Dev Gautam as a member of the National Assembly as per the decision made by the party’s Secretariat on Thursday.

NCP’s decision to appoint Gautam as a member of the upper house brings to an end the term of Finance Minister Yuba Raj Khatiwada, who also holds the portfolio of the Ministry of Communication and Information Technology.

Minister Khatiwada’s two-year term as a member of the upper house came to an end six month ago. As per the existing constitutional provision, a person cannot hold the post of minister for more than six months if he or she is not a member of the federal parliament.

Sources said Prime Minister Oli had made all possible efforts to retain Khatiwada as the finance minister by recommending his name again for appointment as a member of the upper house. But since majority members in the nine-member Secretariat body exerted pressure on Oli to recommend the name of Gautam as a member of the upper house, Prime Minister Oli gave up his stance.

It may be recalled that Oli was able to save his government last month after Gautam chose to side with him amid the demand put forth by Chairman Dahal and senior leader Madhav Kumar Nepal to step down from power. "The Prime Minister must have given up his initial stance in view of the fact that Gautam's support is crucial for him to secure a majority in the party's Secretariat," said a leader close to the rival faction in the party.

Meanwhile, Prime Minister Oli is soon preparing to reshuffle his cabinet. Party insiders said Gautam has already expressed his desire to be Deputy Prime Minister along with the finance ministry portfolio in the cabinet reshuffle.

Hearing on case related to leader Gautam postponed till October 7

KATHMANDU, Oct 2: The Supreme Court has postponed the hearing on the case relating to the nomination of ruling party... Read More...