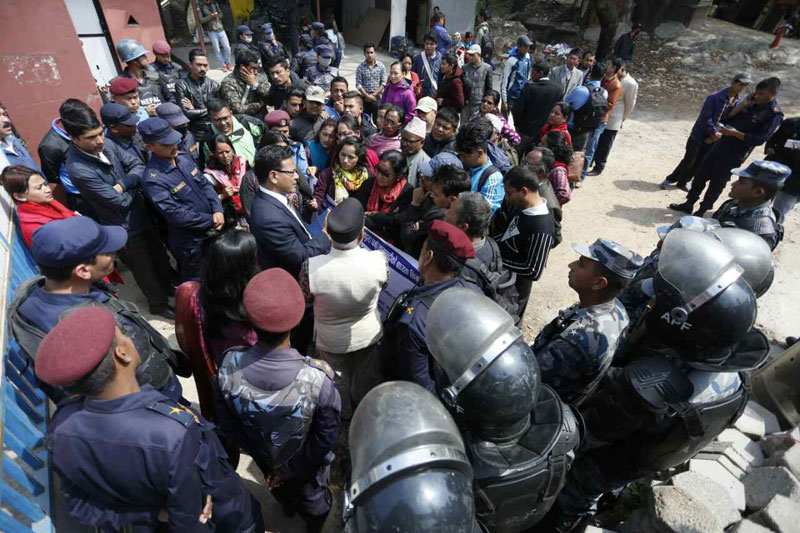 KATHMANDU, Feb 9: The government has decided to extend the terms of the Truth and Reconciliation Commission (TRC) and the Commission of Investigation on Enforced Disappearance (CIEDP) by a year, effective from Thursday.

An emergency meeting of the cabinet held at Baluwatar Thursday evening took the decision as their two-year terms have expired without completion of their mandated task of ensuring transitional justice for the victims of the decade-long Maoist insurgency. The terms were extended as per Clause 38 (2) of the TRC and CIEDP Act, 2014, which allows the government to extend the terms by a year, if deemed necessary.

The TRC has expedited a process of setting up branch offices in all seven provinces in order to expedite investigations into the complaints seeking justice. Likewise, the CIEDP has initiated a process of setting up a state-of-the-art  forensic lab to facilitate search for the whereabouts of persons disappeared in the course of the Maoist insurgency.

The TRC and CIEDP will now have to complete the Herculean task of investigating victims' complaints and providing justice to all the victims within the extended one-year terms. The transitional justice mechanisms have taken a relatively longer time to accomplish their tasks mainly due to lack of necessary cooperation from the government and the failure of the government to enact the relevant legislation on time.

The process of amending the TRC and CIEDP Act as per the Supreme Court order to bring it in line with existing international standards is still underway, and it may take some more time to actually start investigations into the complaints received from the victim parties. Besides the bureaucratic process of finalizing the Act, the major political parties are also yet to reach agreement on some of the contentious issues in the Act.

While cautiously welcoming the government's decision to extend the terms, the conflict victims have demanded that the TRC and CIEDP Act should be amended as per the order of the Supreme Court. “Right since the formation of the Commissions we have not been able to feel assured of justice. Failure to amend the Act as per the Supreme Court order, the denial of our participation in the process of their formation and  reluctance on the part of the government to adhere to international standards of  transitional justice have made us less optimistic about receiving proper justice,” said Chairman of the Conflict Victims' Common Platform Suman Adhikari.

GENEVA, July 8: As the Nepal government begins a process of consultations around proposed amendments to the transitional justice mechanisms, two international... Read More...

Cabinet to extend tenure of TRC, CIEDP today
4 years ago

“Mr Prime Minister, how would you feel if you didn’t get a kidney ahead of transplantation?” (with video)
15 hours ago

Only essential services to remain open from today
23 hours ago

What we saw at Teku Hospital (photo feature)
15 hours ago
Oppn parties fail to secure majority seats in parliament to form new govt, Oli likely to be reappointed as new PM
13 hours ago

What we saw at Teku Hospital (photo feature)
15 hours ago