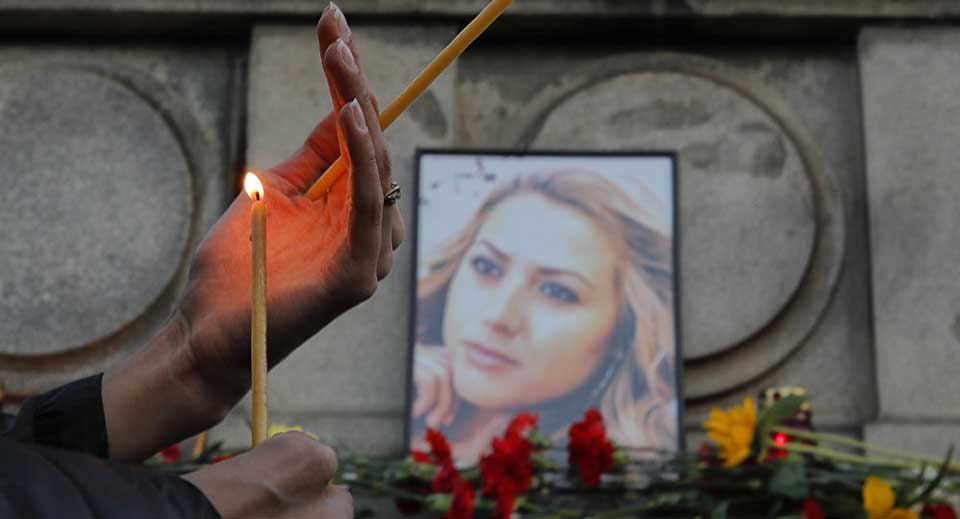 SOFIA, Oct 10: The German police have detained a new suspect linked to the murder of Bulgarian journalist Viktoria Marinova, the Chief Prosecutor's office has reported.

There is a DNA match between the person in custody and the one they took from the crime scene, according to Bulgarian Interior Minister Mladen Marinov.

"We have discovered that the man left the country on October 7, after verifying his location, international mechanisms were activated, after which he was detained in Germany," Chief Prosecutor Sotir Tsatsarov told a press conference.

He added that the detained man, born in 1997, is named Severin Krasimirov, and he has been charged in absentia with rape and murder.

The man will soon appear in court in Germany, after which he will be extradited to Bulgaria.

Viktoria Marinova, a 30-year-old administrative director and host of the regional broadcaster TVN, was raped and killed in the northern Bulgarian city of Ruse on October 6.

Law enforcement agencies believe that the murder may be related to the journalist’s investigative work. The last issue Marinova worked on was the so-called GPGate — a scandal surrounding the theft of money from EU funds.

CLEVELAND, April 17: An Ohio man claimed to be angry at a woman when, authorities said, he shot and killed an... Read More...

KATHMANDU, March 23: Police have arrested two people in connection with the murder of a lady. Prakash Lamichhane, the main... Read More...

Chitwan supplying plasma to other districts
6 hours ago