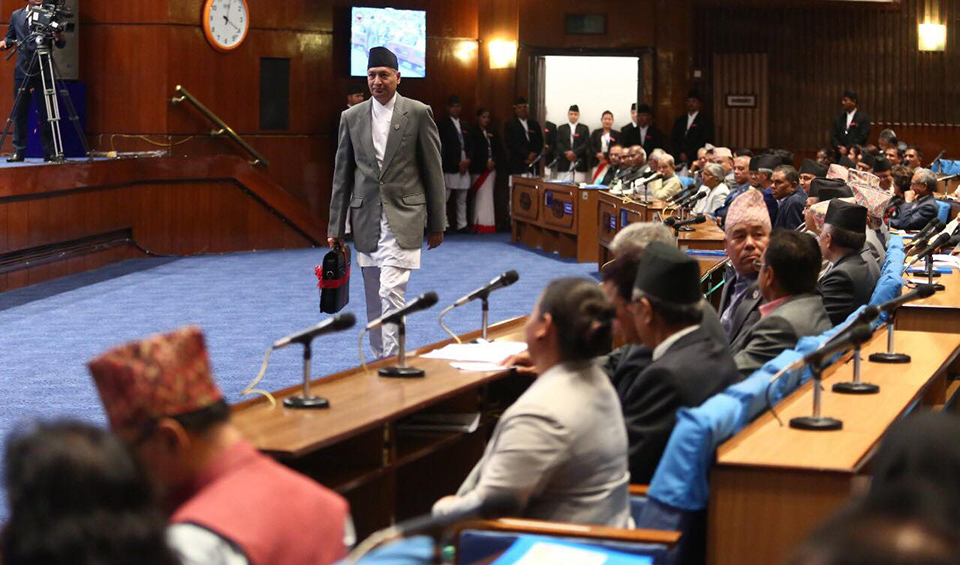 KATHMANDU, May 30: The government has brought an array of tax breaks and incentives for export promotion and protection of domestic industries. It has also brought tax incentives to support industries based on agriculture.

In a bid to promote the export industry, cooperatives producing agricultural products can import vehicles for the transportation of agro products at a 50 percent customs tax waiver.
To promote water transportation, the government has lowered customs tax on all goods and equipment used for such transportation to 5 percent down from 15 percent.
While returning from abroad, Nepali citizens can bring in up to 100 grams of gold ornaments by paying import tax.

To encourage garment industry, the government has announced only one percent customs tax on the import of required machinery, equipment, and chemicals. Likewise, industries that produce thread, tea, basic medicines, sanitary pads, and feed supplement can import machinery and equipment at a lower customs tax. This scheme aims to promote the respective industries.
President of Federation of Nepalese Chambers of Commerce and Industry Bhawani Rana welcomed the schemes and tax breaks announced for promoting domestic production and increasing Nepali products’ competitiveness over imported goods.

INCOME TAX THRESHOLD INCREASED
The threshold for income tax has been hiked to Rs 400,000 from Rs 350,000 annually for a single person. Likewise, the threshold for a couple is set at Rs 450,000 up from Rs 400,000 annually. Any person earning below this amount is tax exempted, however, they have to pay 1 percent of their income to contribute toward social security scheme. The difference amount between the threshold and Rs 500,000 is taxable by 10 percent.

Advance capital gains tax charged on commercial real estate transactions has now been decreased to 5 percent from 10 percent. The budget has also encouraged merger of banks and financial institutions or insurance companies through tax waiver and other facilities for one year. Likewise, the government has discounted VAT on accident and health insurance.

INCENTIVE FOR CASHLESS ECONOMY
The government has also announced incentives to encourage transactions using card or electronic mode of payment. Consumers get cash back of 10 percent of VAT paid through card or electronic payment system. This means that consumers can get Rs 1.30 reimbursed in their bank accounts while paying 13 percent VAT on the purchase of goods or services worth Rs 100. This may attract consumers to the department stores that have facilities of payment through cards and electronic system, while businesses without card system may have to add this facility.

KATHMANDU, May 30: The main opposition party, Nepali Congress, argued that the budget would increase burden of tax and loan... Read More...