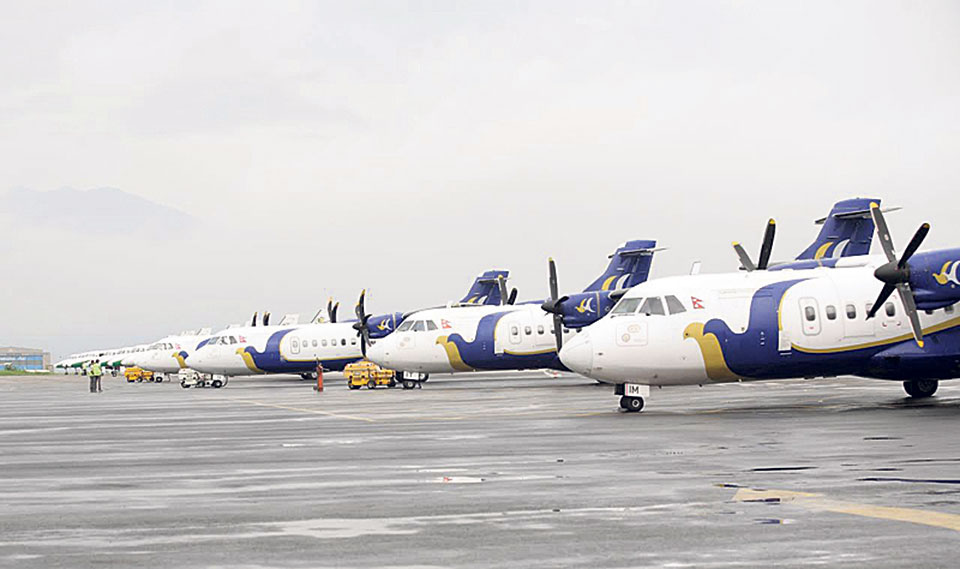 The airport is expected to come into operation from July, 2021.

Speaking at a program organized to celebrate 20th Anniversary of the airline in Kathmandu on Wednesday, Birendra Kumar Basnet, managing director of Buddha Air, said that they would launch international flight from August, 2021, by procuring three Airbus aircraft.

“The government has said that Pokhara Regional International Airport will come into operation from July, 2021. That is why we have unveiled plan to launch international flights from August 1, 2021,” he said, adding that the airline will fly to New Delhi, Bangkok and Guangzhou from Pokhara.

Basnet also said that they held meetings with representatives of Airbus before the Dashain festival. “Another meeting with officials of Boeing is scheduled for November,” he added. Buddha Air is planning to bring Airbus A320 family aircraft, according to Basnet.

“We will serve 2 million passengers annually once we start international flights,” he said, adding that the airline is serving 1.5 million annually at present.

He said he was hopeful that the government would support route permit and other facilities to the airline. “The government’s support will be crucial in our plan to expand wings in the international skies,” Basnet added.

Buddha Air is currently operating a fleet of nine aircraft -- two Beechcraft and seven ATR aircraft. It is adding a new ATR aircraft into its fleet in the second week of January. The airline currently flies to 13 domestic destinations.
Issuing a statement, the airline also said that it has set a target of acquiring 20 Airbus A320 series aircraft for international flights within a decade of the launch of international flights.  The airline has set a target of flying to major Indian cities as well as to Kunming, Guangzhou, Hong Kong, Dubai, Doha, Dhaka, Kuala Lumpur and Colombo.

Buddha Air started operation in 1997 with Beechcraft 1900D with an hour-long flight ‘Everest Experience Flight’, according to the statement.

Buddha Air to reduce prices on flights to Janakpur