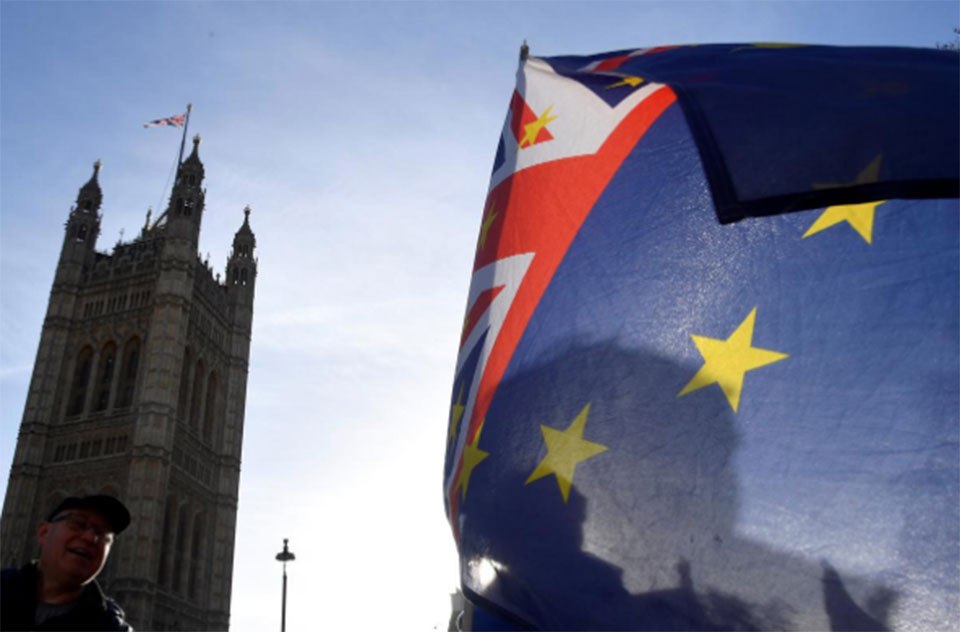 FILE PHOTO: A demonstrator holds EU and Union flags during an anti-Brexit protest opposite the Houses of Parliament in London, Britain, December 17, 2018. REUTERS/Toby Melville

LONDON, April 8: British voters want a strong leader who is willing to break the rules and force through wide scale reform after three years of Brexit crisis pushed confidence in the political system to a 15-year low.

The 2016 referendum revealed a United Kingdom divided over much more than EU membership, and has sparked impassioned debate about everything from secession and immigration to capitalism, empire and what it means to be British.

Yet more than a week since the United Kingdom was originally supposed to leave the EU on March 29, nothing is resolved: it remains uncertain how, when or if it ever will.

Research by the Hansard Society found that 54 percent of voters want a strong leader who is willing to break the rules while 72 percent said the system needs “quite a lot” or “a great deal” of improvement.

Confidence in the system at the lowest level in the 15-year history of the survey, lower even than after the 2009 expense scandal when lawmakers were shown to have charged taxpayers for everything from an ornamental duck house to cleaning out a moat.

“Opinions of the system of governing are at their lowest point in the 15-year Audit series – worse now than in the aftermath of the MPs’ expenses scandal,” according to the Hansard Society.

“People are pessimistic about the country’s problems and their possible solution, with sizeable numbers willing to entertain radical political changes.”

Just a quarter of people had confidence in lawmakers’ handling of Brexit.

The survey was conducted between Nov. 30 and Dec. 12 by Ipsos MORI.