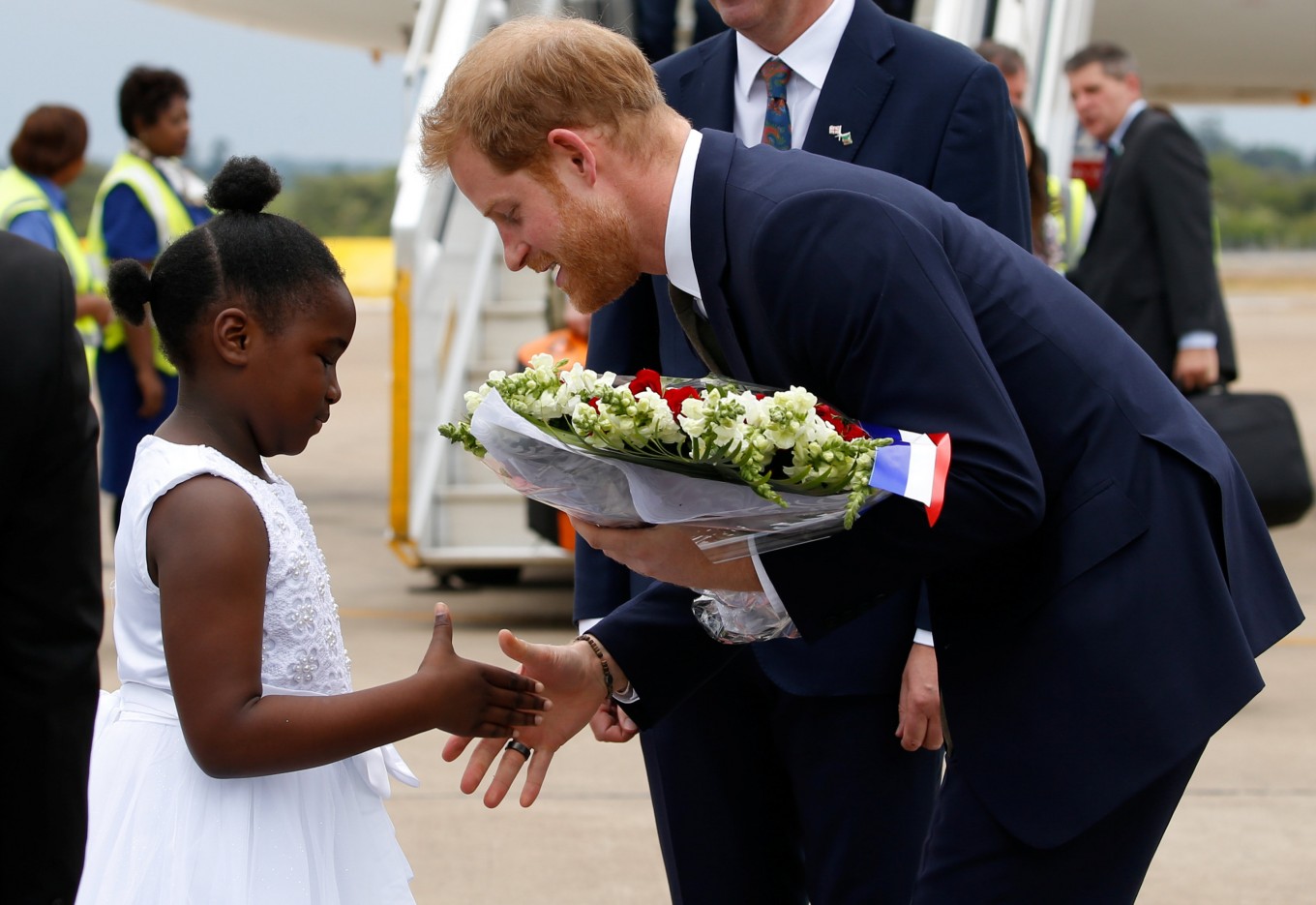 The Duke of Sussex, 34, was received at Lusaka airport by dignitaries and colourfully-dressed traditional dancers, later holding a closed-door meeting with Zambian President Edgar Lungu and his ministers.

“He said this should help boost Zambia’s tourism and create jobs, especially for the youth.”

African Parks manages national parks on behalf of governments to help protect animals targeted by poachers, including elephants and rhino.

Botswana has the highest population of elephants in Africa, while Zambia struggles to pull in the same crowds to its more rundown safari parks.

Harry is a frequent visitor to southern Africa for his conservation work and holidays. Harry and Meghan have enjoyed romantic getaways together in Botswana.

Last month the royal couple visited Australia, New Zealand, Fiji and Tonga on their first official tour since marrying in May.

Meghan Markle, the wife of Britain’s Prince Harry, has started legal proceedings against the Mail on Sunday newspaper over the... Read More...