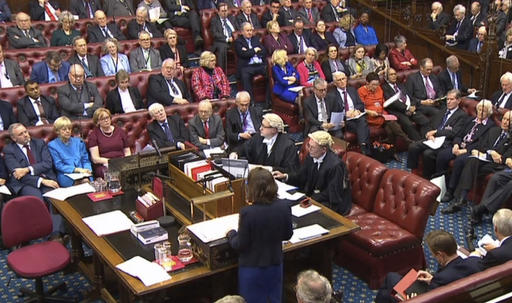 LONDON, March 20: Britain's government will begin the process of leaving the European Union on March 29, starting the clock on the two years in which to complete the most important negotiation for a generation.

Britain's ambassador to the EU, Tim Barrow, informed the European Council President Donald Tusk of the timing on Monday morning, the Department for Exiting the European Union said. The notification of triggering Article 50 of a key EU treaty will come in the form of a letter delivered to Tusk — though it was unclear whether it would come through an actual letter or an electronic missive.

"We are on the threshold of the most important negotiation for this country for a generation," Brexit secretary David Davis said. "The government is clear in its aims: a deal that works for every nation and region of the UK and indeed for all of Europe - a new, positive partnership between the U.K. and our friends and allies in the European Union."

The 10 Downing Street office of Prime Minister Theresa May said that she will make a statement in the House of Commons on the day Article 50 is triggered. The announcement came after May pushed through legislation to start the negotiations to start withdrawal — a process set in motion by voters in a June 23 referendum.

The European Commission said it stood ready to help launch the negotiations.

"Everything is ready on this side," commission spokesman Margaritis Schinas said.

LONDON, June 24: One of the biggest political decisions made by British voters is going to have a massive impact... Read More...

The European Union Election Observation Mission (EU EOM) has been observing the electoral process in Nepal, since 25 October. It... Read More...

Benches fixed at SC, hearing yet to start
7 hours ago