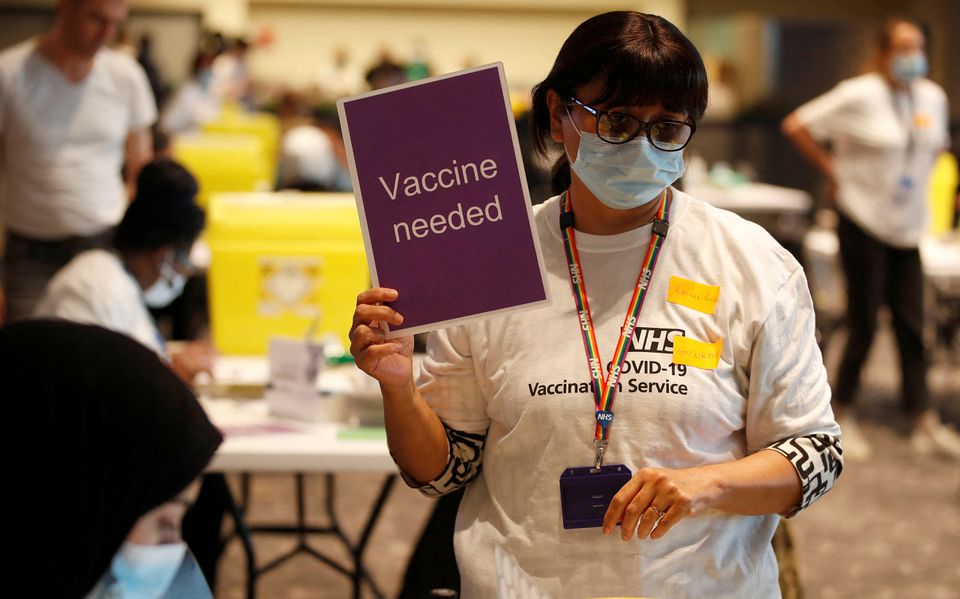 LONDON, Dec 23: Britain reported more than 100,000 new daily COVID-19 cases for the first time since widespread testing was introduced, with 106,122 on Wednesday compared with 90,629 on Tuesday.

The rapid spread of the Omicron variant has driven a surge in cases in the last seven days, with the total rising by 643,219, or 59%, according to government data.

Many industries are struggling with staff shortages as sick workers self-isolate, and hospitals have warned of the risk of an impact on patient safety.

The British government said on Wednesday it was reducing the COVID-19 self-isolation period to seven days from 10 days for people in England who get a negative result on a lateral flow test two days in a row. read more

Prime Minister Boris Johnson on Tuesday ruled out new restrictions before Christmas, saying that there was uncertainty about the severity of Omicron and hospitalisation rates.

However, he did not rule out further measures after the holiday if the situation deteriorated. read more

There were 195 patients hospitalised with Omicron up to Tuesday and 18 deaths of people with the variant, according to separate data.

The total number of COVID-19 patients in hospital was 8,008, slightly up in the last seven days but still far below the levels of more than 38,000 in January.

There were 140 deaths within 28 days of a positive case, down from 172 the previous day.

Nepal records 634 cases, 417 recoveries and one death on Tuesday

KATHMANDU, August 23: According to the data released by the Ministry of Health and Population (MoHP), Nepal registered 634 new... Read More...