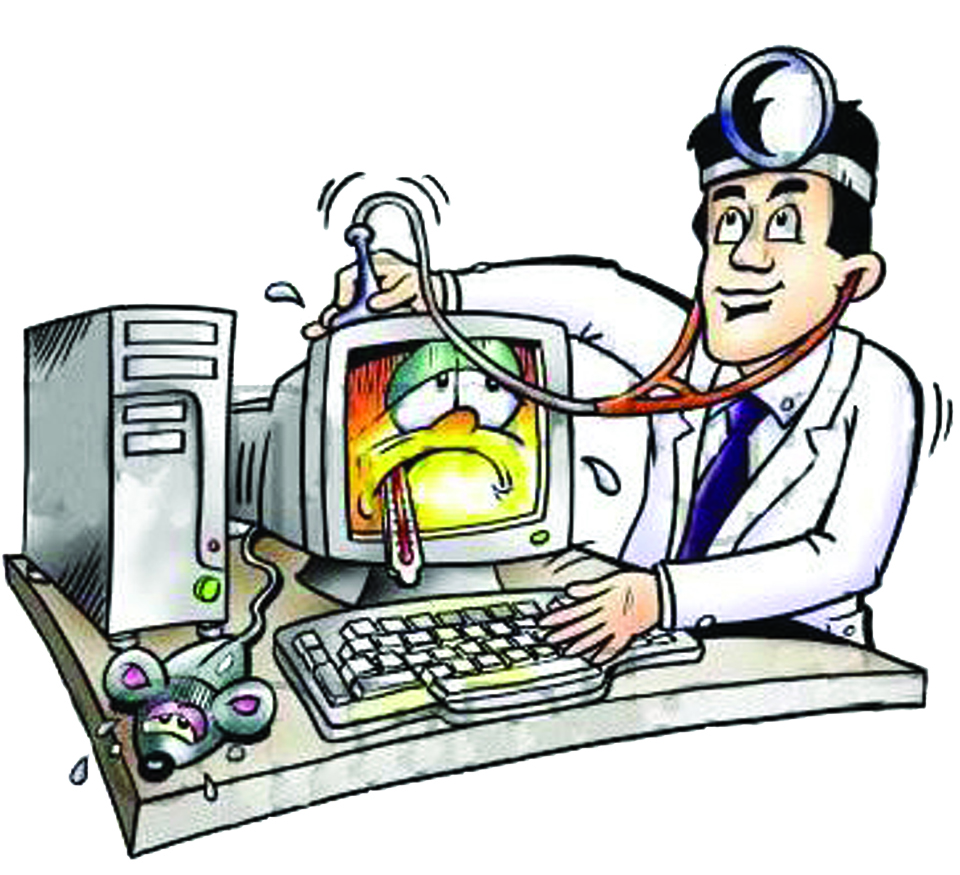 A week ago, I happened to find myself with team members of a charity organization which had helped set up multiple computer labs, four to be precise, in many schools in Dhading. Each school was donated 20 computers each loaded with basic software along with power supply, two batteries and UPS to ensure that power cut was taken care of. It was a complete system delivery. We were there to see how those systems were being put to use.

All schools had used the government supplied Education Management Information System (EMIS) package. The package allowed schools to send statistics to government as well as print report cards for the students. One of the schools had gone a step further and bought commercial school management software from Kathmandu for Rs 8000. It could not only print reports but had accounting software tied to it that could ‘manage’ salaries and other school expenses. The software did not last long though. It’s not that it failed to function, but it proved to be too complicated to run. They thought they were better off without it. Traditional register and pen proved much easier and efficient.

Perhaps the story begins from here.

As we continued listening to them, hearing their stories about how they have been making use of computers which was nonexistent six months ago, they were quick to point that computers had done wonders. They could not thank the donors enough and in fact repeatedly did so.

The first problem was perhaps the inadequacy of enough computers. One of the schools had well over 65 students just in sixth grade and as a result, they were finding it hard to accommodate all of them into the computer lab. And if they were to break the class into groups of twenty, they needed additional time to fit in all the regular classes for remaining subjects and they simply would not fit. Also, one teacher would have to teach thrice the number of classes as opposed to one. The salary would not increase any way. So far, it was everything going fine except for lack of adequate number of computers.

They pointed out to the lack of adequate training to the teachers, lack of consistent internet supply and lack of teaching material for the students as other problems. Internet, according to them, was pretty irregular. The foundation had trained them almost enough to run and operate these machines for teaching purpose, but they have begun to either forget, as the training was conducted some four months back,  or unlearnt everything simply because they haven’t had enough time to practice.

One remark that often surfaced time and again has they had the desire to teach computers, but with a bit more training they would certainly be able to do much more than they have been doing. The excitement was there. In one instance I found myself posing a direct question asking them what specifically they would they do if there was good internet. All I got was generic answer that they would use resources available in the internet, Google stuffs and share that with students. When asked to give a live demo, no one stepped forward. Facebook, as it turned out seemed to be all and end all of anything and everything related with what they perceived as internet.

After almost two hours of meeting, we then set out for the tour of these schools. Little did we know that all the excitement would die down so soon.

As we entered the schools, the freshly painted lab adorned with new computers looked beautiful. We then requested the teachers to start the machines and login to each of the computers. Then the problems began to surface. To begin with, all computers would not start. They quickly pointed out that this would not often happen, but for some reason few were not starting that day.

Few machines were not taking passwords and teachers seemed to have no clue as what were the actual passwords. When asked could it possibly be the students or somebody else who could have changed the password, they were quick to claim that no one but only they could change the password. There was one server that was refusing to start. The reason cited was that this particular machine had started behaving in weird manner only since last one week. One of the teachers, almost in a whisper, then told us that once or twice, that machine had behaved in such manner and when they tried to restart the machine twenty four hours later, it would start. The norms since then had become ‘try starting that machine once and if it does not, wait for next 24 hours.’ The case was even sadder when we reached the next school. The electric supply cables in the room resembled a big mess with none of the newly installed computers having any kind of power supply.

What stood out from the day’s visit was this.

Teachers, for some reason, would not readily concede that things were not working even when they were not working. They would want to keep insisting that computers had helped them immensely even if that was not happening at all. Maybe this was because they did not want to disappoint the donors. Moreover, they believed in the power of ‘information technology’ and would want computers in their schools. They were reluctant to acknowledge the fact that they had little idea as to what to do with computers.

As one of the popular theories of technological acceptance posts, for anyone to be able to make use of new technology, two key factors play a key role: perceived usefulness and perceived ease of use. There is no denying that they all perceived it to be useful. What lacked perhaps was the gap between perceived ease of use and actual ease of use. The case here seemed to be the fact that they had this firm belief that computers were easily operable machines but failed to appreciate that these machines when confronted with even a slightest of glitch, can go awry.

This is a symptomatic case of many of the schools trying to integrate technology into their teaching. Therefore, technology integration needs to be looked from multitude perspectives. It’s much more complex than it appears.

Compassion is a natural tendency that humans requisite. It establishes a strong bond between two individuals. As we are likely... Read More...

We need more women in technology sector but we also need to refocus energy on improving gender equality in global... Read More...