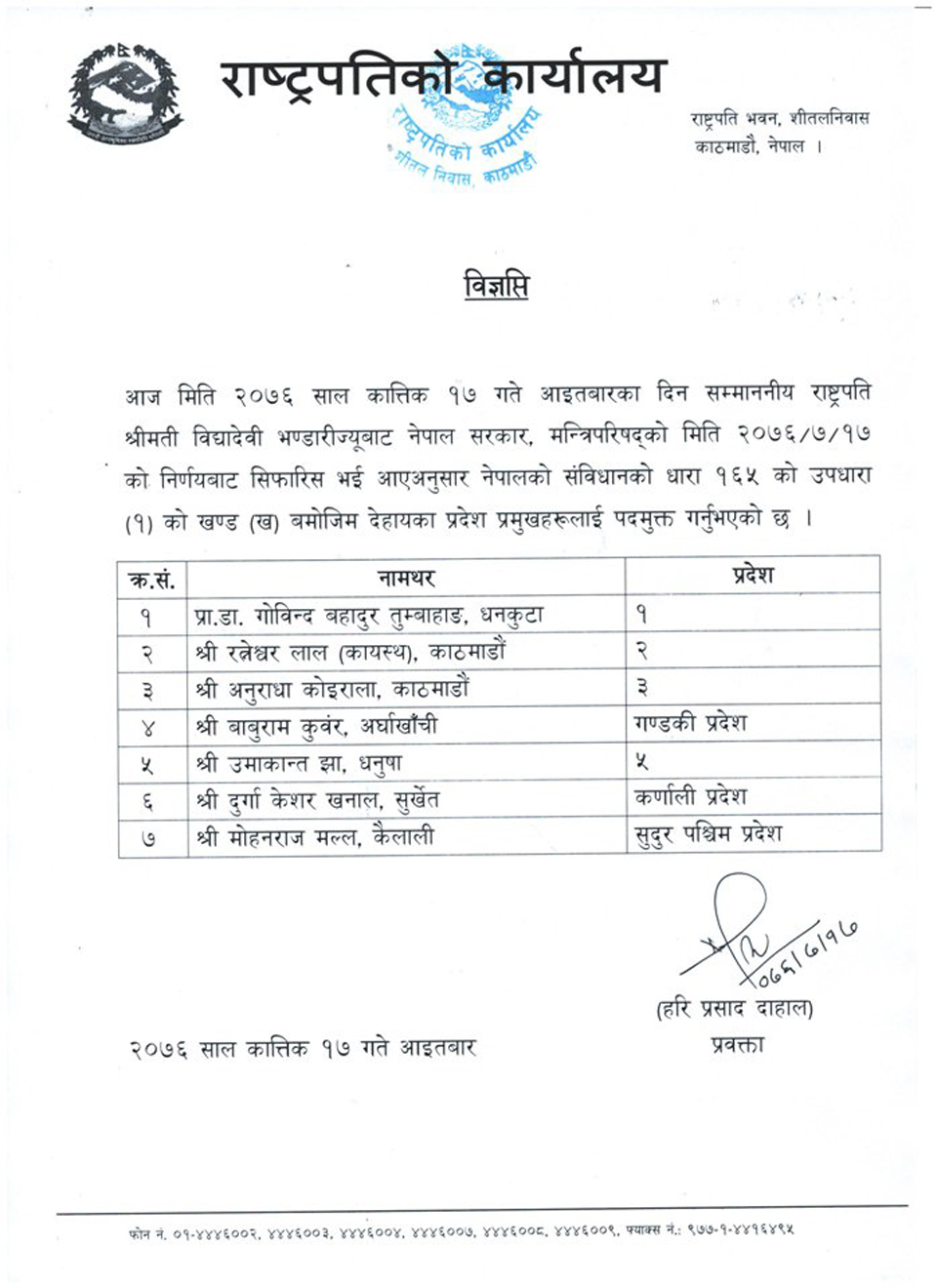 KATHMANDU, Nov 3: President Bidya Devi Bhandari on Sunday removed the governors of all seven provinces following a recommendation for the same from the Cabinet.

Amid the row in 2018 over whether the outgoing or the new government to be formed should appoint governors as a new parliament had just been elected, the outgoing Nepali Congress-led government had appointed them as provincial chiefs in January 2018.

Although it was said that the new government led by KP Sharma Oli would replace them immediately after Oli getting into power, their appointment remained unchanged.  On Sunday evening, the Office of the President, however, issued a statement informing about their removal.

The Constitution empowers the head of state to remove   the governors.  Governors, whose role is defined as purely ceremonial, work as the chiefs of the provincial governments like the president for the federal government.

Shortly after their removal, the government had tried to recommend new governors but it was delayed due to lack of preparations. An emergency Cabinet meeting called for Sunday evening was deferred until Monday morning.

Ministers, who were summoned at Baluwatar for Cabinet meeting, had to return after top leaders deferred the meeting for Monday 11 am saying additional discussion is essential in the party before making the recommendation.

President Bhandari will appoint the new governors based on a recommendation from the Cabinet.