Brazil coach Tite has turned things around in qualifying 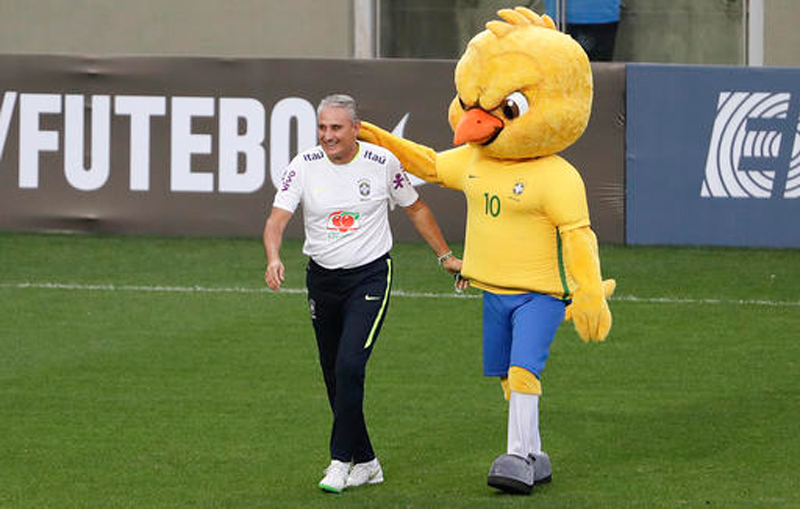 BELO HORIZONTE, Nov 9: It's not just tradition, and it's not just Neymar. Brazil also has a new coach, and he has turned things around.

The five-time World Cup champions have moved up from sixth place to first in South American qualifying since Tite took over in June with victories over Ecuador, Colombia, Bolivia and Venezuela.

The next test will come against Lionel Messi and his Argentina teammates on Thursday at the Mineirao Stadium.

"There is a before Tite and an after Tite for Brazil," Argentina defender Julio Buffarini said Tuesday. "You can see that in Brazil's game and in the results the team has gotten in the qualifiers."

Argentina coach Edgardo Bauza is another fan, and friend, of Tite. The pair recently coached in the Brazilian league, Tite at Corinthians and Bauza at Sao Paulo.

"Tite changed the way Brazil plays, with five agile players in the midfield and a lot of finishing power," Bauza said. "He is very talented."

His style has certainly impressed Brazil winger Douglas Costa, who compared Tite to Carlo Ancelotti, his coach at Bayern Munich.

"They do well because they deal well with the athletes, they are very human," Costa said. "They like this exchange with the players in the dressing room, they listen to us. That is their biggest virtue."

Thursday's match will be played in the stadium that hosted Brazil's stunning 7-1 loss to Germany in the 2014 World Cup semifinals. But this is a different team, mainly because of Tite.

"(He) took them to the top of the group," Argentina midfielder Enzo Perez. "They are playing at home ... But we will make our case."

LISBON, June 7: Portugal coach Fernando Santos still has a lot of doubts about the team he will field in their... Read More...