KATHMANDU, Dec 9: Bir Gorkhali, an informal group  of youths formed two years ago, is unhappy that 'opportunists like Kamal Thapa, Shiv Sena, Nepal and other Rajabadis are trying to hijack the ongoing nationwide pro-monarchy campaign.' The group 'knows' that involvement of political parties or interest groups will only be counterproductive. Bir Gorkhali claims that the country will soon be a Hindu kingdom, with a monarch at the top.

"The aim of this group is to save the country from being vulnerable, weak and divided. And for that we need monarchy, and Nepalis have understood this fact well," said Saurav Bhandari, a key individual of the current campaign. "The scenario will be very different in two months."

Bhandari, 27, was with RPP -N. Three of his friends, who are the core leaders of Bir Gorkhali, were also RPP cadres. After they 'realized that Kamal Thapa is not the man of his words, but a sickeningly opportunist', they decided to quit the party. 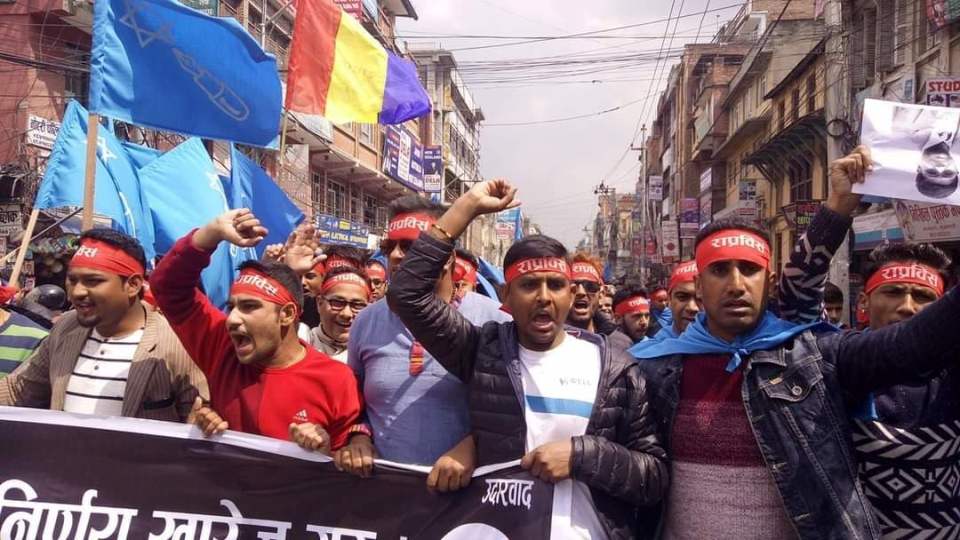 "He was critical of Nepal being a secular federal republic and got us on the street shouting against the new constitution, but then he quickly shook hands with the same forces which promulgated the constitution to come to power. That was shocking! For him, everything is a bargaining tool. Even now, he is trying to take credit for this movement," Bhandari said.

After Thapa became a minister under KP Oli government in 2015, disgruntled youths quit RPP and formed Bir Gorkhali 'to hold the ideology that Thapa had dropped.' Bhandari claims that there is no financial support for the group, except for some funding from Nepalis living abroad who want the restoration of monarchy.

"It is a team of young people like us who honestly think that monarchy should return to get the country back on the right track. We have not even met King Gyanendra or sought his advice. We are doing this all on our own, the King might have noticed our activities, but that's another thing," Bhandari said. 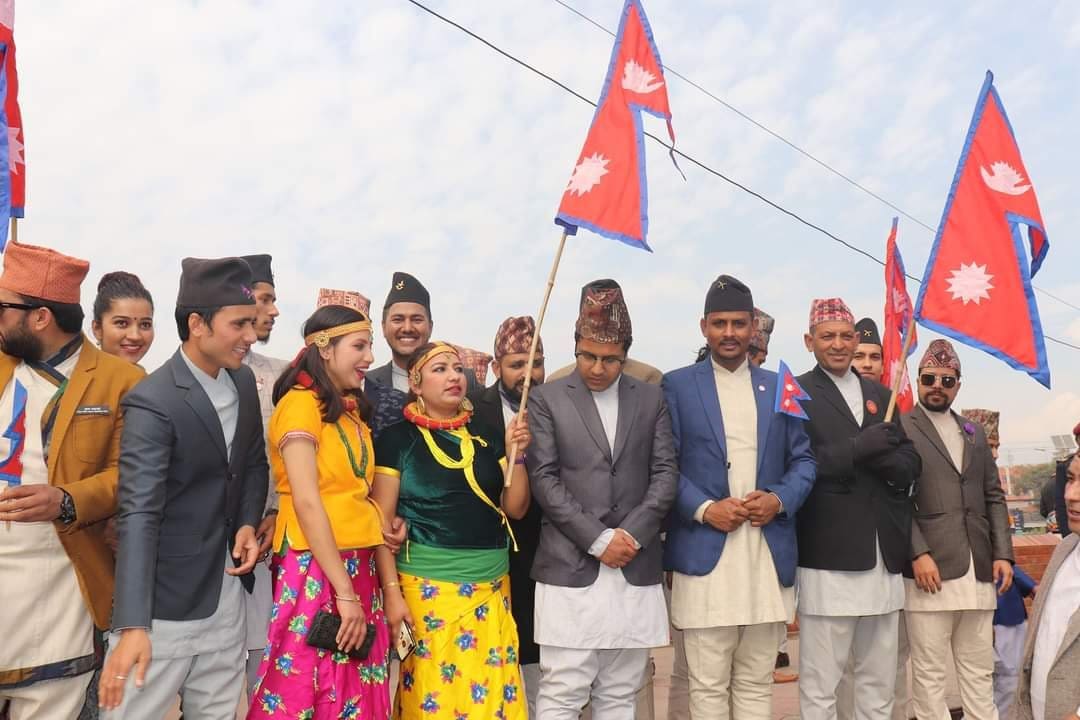 In just a few months, Bir Gorkhali has organized big rallies in several parts of the country, including in Pokhara, Biratnagar, Dhangadi, Chitwan, Bhairahawa and Kathmandu, with slogans like 'Raja aau desh bachau' (King, come and save the country!). Huge participation of young people in rallies has surprised everyone. Though many mock pro-monarchy protests as an unrealistic dream, political parties have felt the heat.

Speculations like 'hidden hand of India or regressive elements' trying to reinstate monarchy and make Nepal a Hindu country are rife in Kathmandu. Bhandari hinted that Hridayendra Shah is going to be important. Former King Gyanendra's grandson Hridayandra is 18. However, Bhandari says the King will speak out in an appropriate time, which will dramatically change the current political landscape.

"There's no hope from Paras Shah, and there never was. But we have Hridayendra. We will put our all efforts to take this fight to the end, and we believe that change is possible," Bhandari affirmed, adding that people seen on the street in favor of the monarchy are joining voluntarily. He is also confident that more people will join the movement as 'everyone in this country is frustrated by the corrupt politicians and the system'.

Bhandari’s story is no less interesting. He was once taken away by the army for his 'affiliation with the Maoists'. He was returning home with elders after a musical performance in their neighborhood. The army almost opened fire assuming them to be the Maoists. After they surrendered, tensions simmered and they were freed. This had happened in 2003 in Sindhuli.

"I was born in Achham and later moved to Sindhuli where I spent my childhood. I watched politics closely. My father was a leftist and he was once taken by the army. The army nearly killed us. The atmosphere in my village was political. In Kathmandu, I joined the student union," he narrates.

How and when it dawned to Bhandari that monarchy is essential for the country? He admitted that he joined Kamal Thapa’s party to realize his political ambitions. He was aware that his chance to shine would be low if he joined big parties like Nepali Congress or CPN-UML or the Maoists. In a small party, 'it was easy to be noticeable'.

"I was for a long political career," he said. "But on the other hand, it is also true that I gradually felt that ousting monarchy was not good for the country. I developed genuine respect for King Gyanendra after seeing the way he handled himself as a private citizen. I trust his integrity over the power hungry politicians," he added.