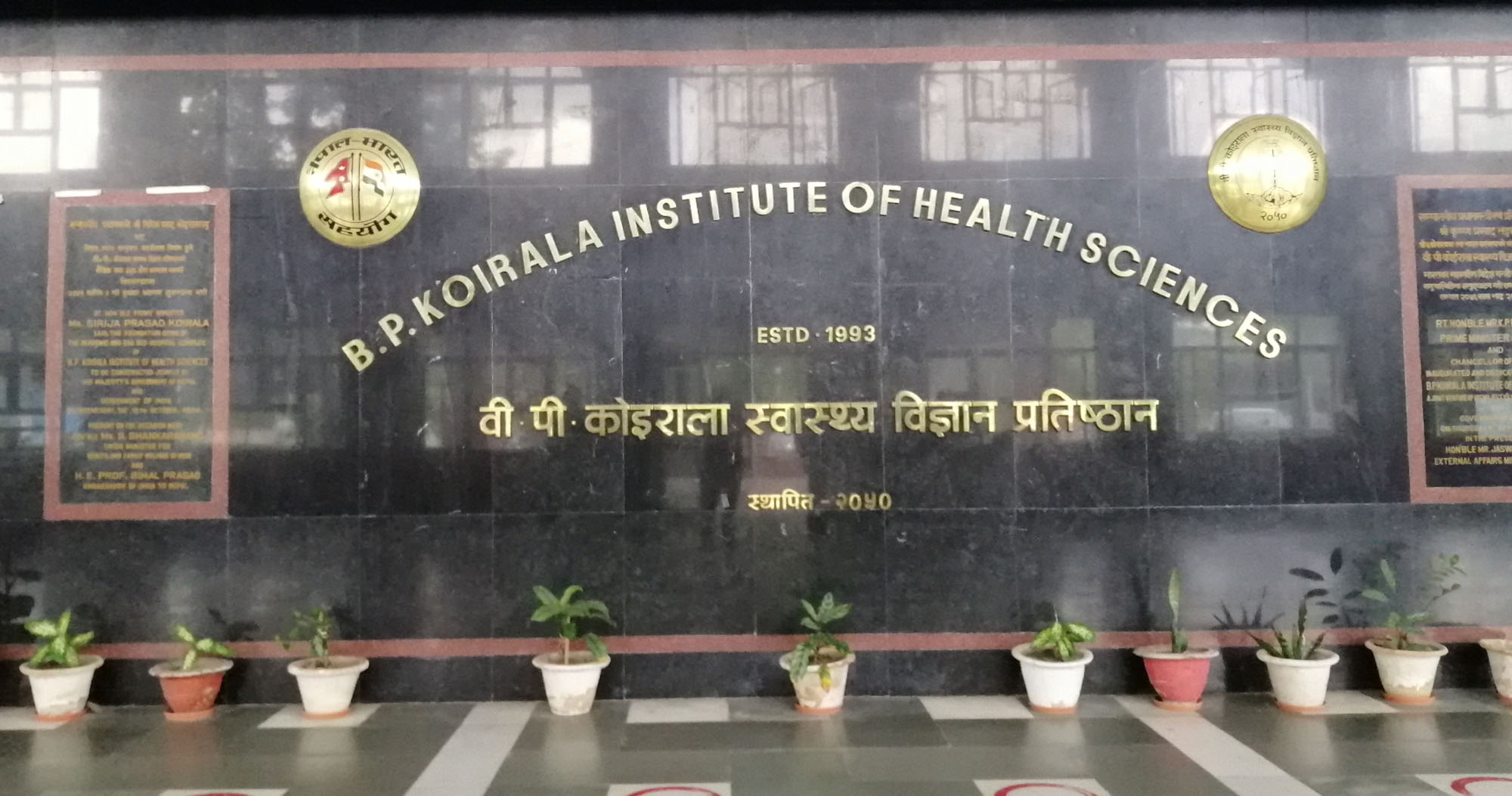 ITAHARI, March 1: The BP Koirala Institute of Health Sciences (BPKIHS), a famed teaching hospital in Dharan, is desperately waiting for Rs 260 million from the Ministry of Health and Population of the federal government, which was spent on health insurance schemes of the patients.

The BPKIHS administration has said the lack of funds has hampered the health insurance scheme at the health facility which is the major destination both for locals of Province 1 and Madhesh Province.

''BPKIHS has made it clear in writing to the health ministry that if the fund is not provided within Chaitra 15 (March 29), BPKIHS will cease the health insurance scheme,'' said Professor Doctor Gaurishankar Shah, the hospital’s director.

He added, ''BPKIHS is itself in crisis on the financial fronts which is made worse by pending health insurance dues from the health ministry. The ministry owes us Rs 260 million 50 thousand which is not a small amount.'' BPKIHS has drawn the attention of the Office of the Prime Minister, Chief Minister of Province 1, Health Ministry of Province 1, District Administration Office of Sunsari and Dharan Sub-Metropolitan City toward the matter. Shah said more than 60 to 70 percent of patients at the institution are from government-funded health insurance schemes.

''BPKIHS is an autonomous institution where more than 2,300 staff including doctors, nurses, teachers and other employees work at present,'' Shah has told the Blast Daily, a local newspaper published from Dharan. ''The government doesn't pay the salary of this staff and we are economically stressed to manage on our own due to the lack of funds.''

Save the Children faked data to receive Rs. 230 million from the Global Fund, says Health Ministry

KATHMANDU, Aug 26: The Health Ministry has suspected Save the Children, Nepal of cheating The Global Fund for years over... Read More...