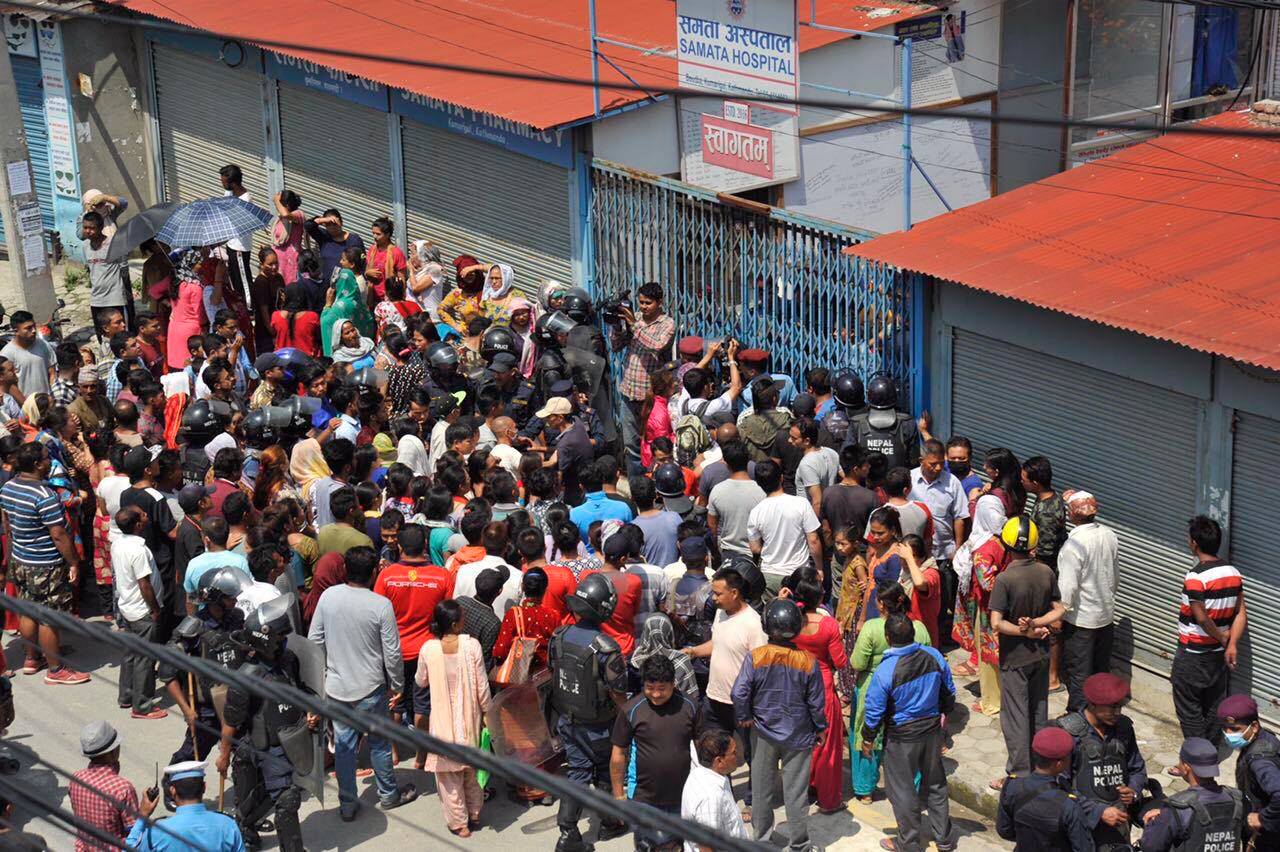 KATHMANDU, Aug 21: The kin of Bimala Tamang are preparing to appeal to the Supreme Court for a re-investigation of  her mysterious death. They had filed an application at the high court on August 9 after Kala Adhikari Sanjel, Sangita KC and Tirtha Kumari Shrestha , the three main suspects in the case, were released on bail on July 19.

A single bench of Kathmandu District Court Judge Arjun Prasad Koirala had released them on bail of Rs 300,000  each. However, the Tamang family moved the high court under Section 73 of the Country Criminal Procedure Code. According to Section 73 , any party not happy with a remand in custody or on a bail amount in cash or bank guarantee can tale recourse to the high court.

“Based on  evidence collected from the crime site and the victim's body, we are filing a case of abetment to suicide,  a new category offence introduced under Section 185 of the Country Criminal Code, 2017,” said advocate Chhonam Moktan.

“As per section 67(12)(b) of the Criminal Procedure Code, abetment to suicide is a non-bailable offence. The suspects being released on bail is seen as contrary to the law,” added Moktan.
However,  DSP Pradip Kumar Singh at Gaushala Police Station stated that the bail order issued by  the single bench of Judge Arjun Prasad Koirala could be on reasonable grounds.

After numerous court hearings over two months, Bimala's family has not lost hope. They said the body shall be cremated only after justice is delivered. “The body is at Tribhuvan University Teaching Hospital and we shall not cremate it until justice is done,” said  Singa Raj Yonjan, brother-in-law to the deceased.

Bimala Tamang of Doramba, Ramechhap district was found hanging on June 18 inside one of the rooms of Samata Hospital , where she was on the cleaning staff. The autopsy report identified hanging as the cause of death. However, a written note found at the site hints at possible foul play.