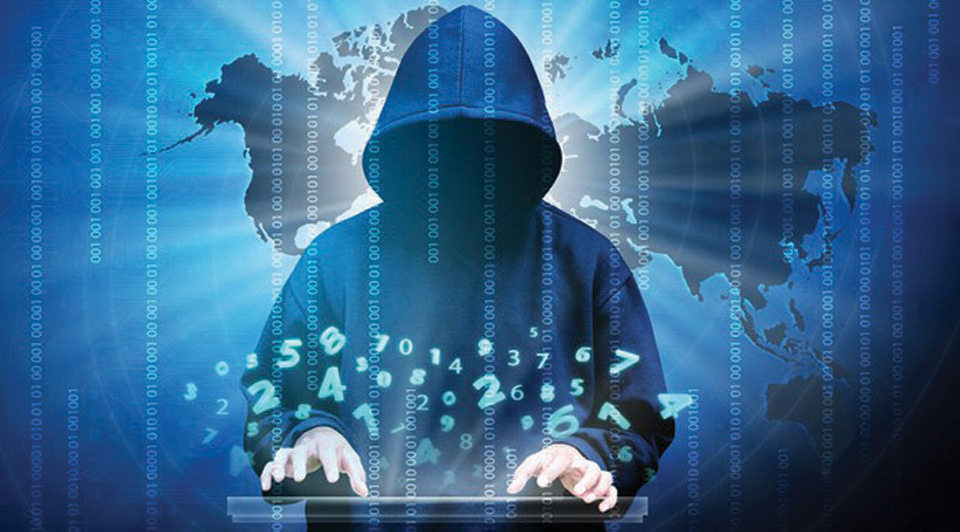 The author is advocate at Saman Legal Service, Kathmandu
news@myrepublica.com

We encounter several types of e-crimes but social media users are not really aware of these.

As more individuals own and operate internet-enabled devices and rely on advanced technologies, e-crime has become a crucial concern for general public and professionals alike. Practically there is no law on the internet, for it has no governing body that owns its rights.

According to Global Risks Report 2018 of the World Economic Forum growing list of attempted attacks on e-crime suggests the cyber crime risks are increasing globally and they are basically transnational and transborder in nature. Perpetrators and victims can be from any part of the globe.

E-crimes in Nepal
Nepal is no exception. We have faced hacking of swift server of NIC Asia Bank, website hackings and crimes in social media. More people are becoming the victims of e-crime. A well-educated nurse visited us for legal assistance and explained how she was phished by an unknown foreigner, who offered to recruit her in a Canadian hospital through Facebook. He provided all details of the hospital and visa that was supposed to be legitimate. She trusted him and transferred handsome amount of money in name of another account holder at Indian bank several times.

When his social networks accounts became unreachable few days later she realized she was being duped. All the information she had been provided earlier proved to be fake. It is hard to investigate such cases in lack of proper identity of the foreigner. The lesson: Beware of perpetrators.

Perpetrators might use your social media profiles to gather data and information to commit crimes. Victims are mostly the young users of social networking sites. We encounter several types of interpersonal e-crimes but social media users are not really aware of these crimes.

Victims then try to get rid of problems by blocking or deleting perpetrators’ accounts. Many people simply ignore because they do not have to face the consequences physically. People using social sites sitting in front of their computers may feel safe,but they have to face sex offences, social and professional defamation, mental and emotional distress and some end up committing suicide.

Internet will continue to provide challenges and opportunities for criminal justice officials, yet social media is becoming increasingly popular investigating tool among law enforcement officials to gather information about victims and suspects and provide relevant information to the public.

According to Crime Division of Kathmandu Metropolitan Police mostly girl victims come to register five to six cyber crime complaints everyday and three to four such complaints are related to Facebook. Murder due to Facebook disputes, suicide following threats from lovers, conflict in conjugal relation, rape, banking frauds by using fake credit and debit card are some the crimes recorded in Nepal. The number is increasing.

Lax laws
It has become challenging for law enforcement authorities to deal with ever-increasing number e-crimes. We have Electronic Transaction Act (2008) but the main objective of this is to ensure reliability and security of transactions to be carried out by means of electronic data exchange or by any other means of electronic communications. This Act does not define e-crime and does not address crimes such as stalking, bullying, hacking, child pornography, cyber terror/warfare, identity theft, spamming and wifi piggybacking.

The Act envisions formation of separate district and appellate level information technology tribunal for adjudicating computer offences. But to this date, cases are filed under First Information Record (FIR) system and only Kathmandu district court looks into e-crime cases. Offenders get easily acquitted because of lack of proper provision to address new and challenging e-crimes.

Our law enforcement bodies lack necessary e-crime legislation and technical cyber capabilities because of lack of expertise and advanced technology. Nepal has not ratified extradition laws and international conventions on cyber crime. We lack institutional and policy-based control, cyber forensic experts, separate cyber investigation services, computer forensic experts and thus have to depend on developed countries for investigation.

Thus the government should immediately provide increased capacity, resources, equipments and expertise to counter increasing threats of e-crimes. Awareness in institutional and individual level is as important. It is our civic duty to be educated and educate others about online safety.

Business organizations need to be  alert. They should formulate internet safety policy and implement it. On their part, employees should abide by organisational safety policy. Using strong wifi encryption, virtual private network (VPN) like private wifi ensures that your information goes through a secure tunnel that’s invisible to hackers. It is as important to impart education related to e-crimes to the students from school level itself.

The author is advocate at Saman Legal Service, Kathmandu.

KATHMANDU, Dec 15: Happening to throw trashes or spits in the street in public places from public vehicle? Beware! You... Read More...

Are you a SLC graduate? Are you gearing up to join Plus Two? If yes, you need to be on... Read More...