Beverage imports on the rise 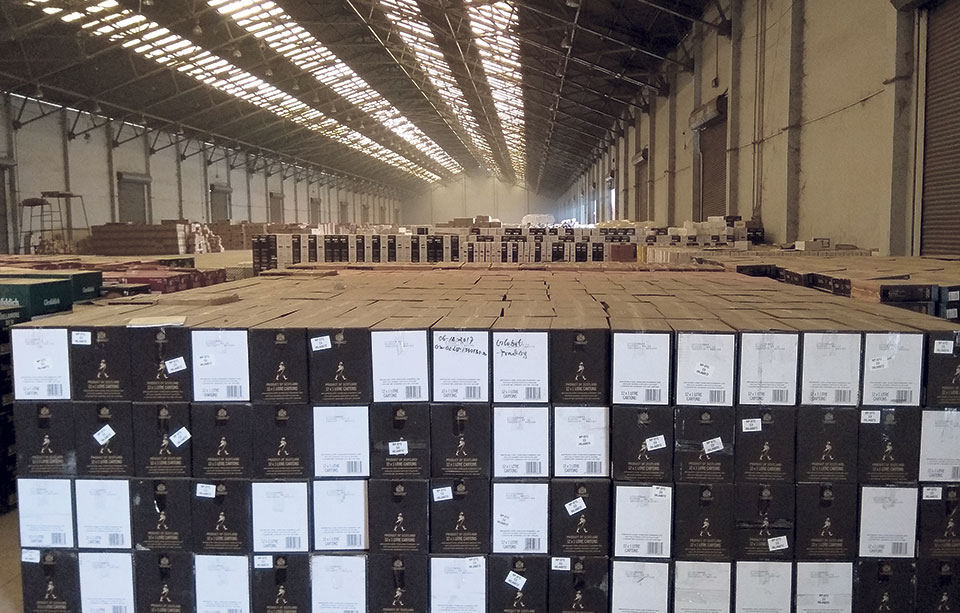 BIRGUNJ, Aug 20: Import of beverages to the country is increasing with every passing year.

According to statistics of Dry Port Customs Office, import of liquors, energy drinks, soft drinks and beverage raw materials increased by 60 percent in Fiscal Year 2017/18 compared to import figures of a year earlier.

However, imports of readymade liquors and beer have come down compared to FY2016/17. Data shows Nepal imported 457,525 liters of bottled liquors in the last fiscal year, compared to 540,448 liters a year earlier.

This suggests that the trend of blending and packaging liquors in Nepal is on the rise. Rise in import of beverage raw material substantiates this fact. Import of unprocessed liquors skyrocketed to 167,925 liters in FY2016/17, up from just 20,386 liters a year earlier.

NEW DELHI, May 5: Officials in India’s capital imposed a special tax of 70% on retail liquor purchases from Tuesday,... Read More...