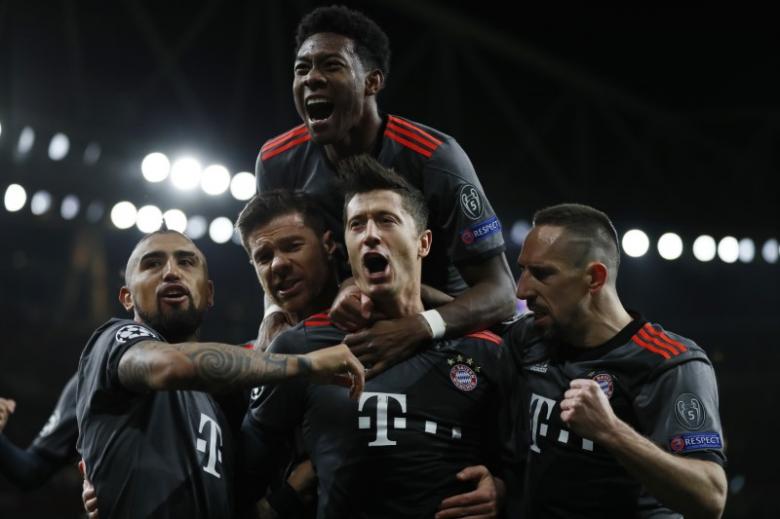 EMIRATES, March 8: Bayern Munich may well have dumped Arsenal out of the Champions League, but the German club admitted they were off the pace for part of Wednesday's clash and will need to raise their game to stand a realistic chance of lifting the trophy.

The Bundesliga champions were trailing 1-0 in the round of 16 return tie at the Emirates when Arsenal captain Laurent Koscielny was sent off.

They then equalised with a Robert Lewandowski penalty early in the second half before firing in four more goals to complete a 10-2 aggregate drubbing.

"We were sluggish up until the penalty (Koscielny red card) and our equaliser," said Bayern defender Mats Hummels. "We were basically in maintenance mode. You had the feeling we were not 100 percent there. That was not good."

The Bavarians are eyeing a repeat of their treble-winning 2013 season and Wednesday's victory delivered an ominous warning to their rivals.

"We would be well advised not to crown ourselves Champions League favourites," Rummenigge said. "We were close to letting in a second goal. We have merely advanced to the last eight..."

"We should not be dreaming but instead remain calm and see who we will face in the quarter-finals," he said. "...This should be a lesson for us to remain concentrated and focused. The Champions League does not forgive any weak matches or weak halves."

But after a run of narrow wins in the league, Carlo Ancelotti's team could be starting to peak at just the right time.On top of the 10 goals against Arsenal, Bayern have added 11 in their last two league games and three in a German Cup win over Schalke 04 last week.

"It is difficult to stay focused when you are 5-1 ahead," said coach Ancelotti. "We should have controlled the game better than we did."

One killed, two injured when a bus and a car collided with parked truck
18 minutes ago