Barcelona travels to San Mames for a win 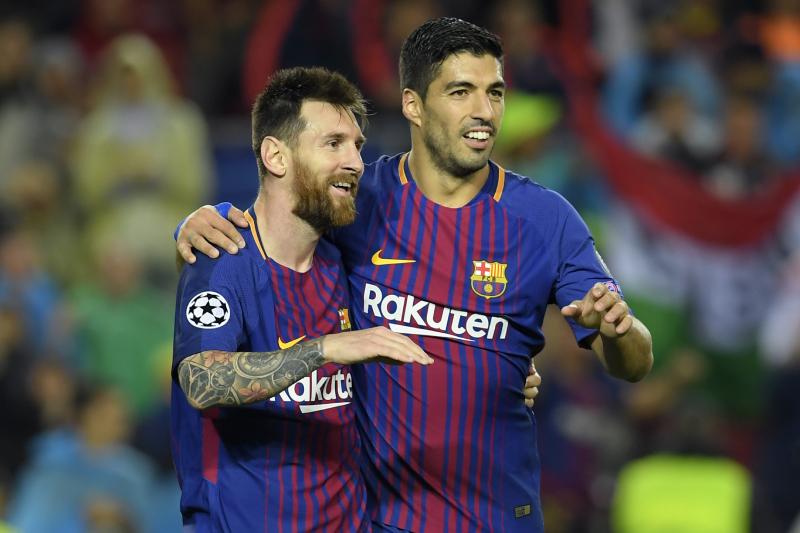 BARCELONA, Oct 27: Barcelona travels to the San Mames Stadium on Saturday, in a bid to extend their unbeaten run to 13 games in all competition this season, after facing two straight defeats at the hands of Real Madrid in Spanish Super Cup two months back.

Barcelona has won nine games and drawn one in the league this season. It had to share a point with Atletico Madrid when it drew 1-1 on the 8th matchday. After that big clash, Barcelona has beaten Olympiacos 3-1 in the Champions League, Malaga 2-0 in La Liga some five days back, and Real Murcia 0-3 in the Copa del Rey on Wednesday.

Barcelona boss Ernesto Valverde started with Ivan Rakitic against Malaga. Rakitic had completed 64 passes in that game with 23 of them back to the defense. He had just 10 forward passes and 31 sideways passes. He had just one key pass out of 64 passes, too. Rakitic isn’t the midfielder Barca fans knew in his first season. Well, of course, he had Xavi in his side that year, but now he has no creative contributions to the side. Still, Valverde plays him in the middle of the park, giving Sergi Roberto and even Paulinho a seat in the bench. Sergi Roberto is technically pacier, more creative and has better stats than Rakitic.

Roberto in the game against Malaga played wonderfully. He had 92% pass success, with 69 of the 75 passes accurate. He had just one key pass as well, but he played as a right back in that game, which isn’t his preferred position.

Barcelona was ahead in the second minute of the match against Malaga with Gerard Deulofeu scoring his first goal in La Liga and Andres Iniesta doubling the lead in the 56th minute of the match through Lionel Messi’s assist. Deulofeu also scored against Murcia in the mid-week, with an assist more to his name. Paco Alcacer, who played after Valverde had a desire of selling him in January with the other goal coming from Jose Arnaiz of Barcelona’s B team.

Team news
Barcelona could be without Iniesta and Javier Mascherano against Athletic Bilbao, their second tricky trip of the season so far, as they missed Barcelona’s training, the clubs informed on Friday. Iniesta had picked up a thigh problem, while Mascherano is said to be suffering from a fever. Thomas Vermaelen, who started against Murcia in the cup, also missed training.

Rafinha who is out with meniscus injury and will only return after November, Aleix Vidal and Arda Turan will also see out with ankle injuries, while Jordi Alba is suffering from Groin injury and his comeback is uncertain. Likewise, new signing Ousmane Dembele will atleast be side-lined until Mid-January with a hamstring injury.

Barcelona may as well start with Lionel Messi and Gerard Deulofeu on attack, and Valverde may give Alcacer some playing time as he played well and also scored a goal in mid-week. Luis Suarez’s form has degraded this season and he may have to watch his team play from the bench. Sergi Roberto would be a preferable candidate to start in the right back role and Rakitic in the midfield along with Sergi Busquets. With the injury of Javier Mascherano and Jordi Alba, Gerard Pique, who hasn’t started after his red card against Olympiacos in the Champions League, and Lucas Digne may as well start in this game in the center back and left back positions respectively.

Bilbao’s Iker Munain is the most notable injury for Jose Angel Ziganda’s men who is suffering from cruciate ligament injury and will only return in April. Furthermore, Mikel Balenziaga and Oscar De Marcos are doubtful to feature against Barcelona with sprained ankle injuries. Yeray Alvarez is also injured and his return is still unknown.

Bilbao’s Benat Extebarria who played just eight minutes against Leganes in its last La Liga match coming in place of Enric Saborit, will most likely start against Barcelona. Ander Iturraspe might start as he came in the second half of the Leganes clash with Markel Susaeta in place of Raul Garcia. Inaki Williams, Inigo Cordoba and Artiz Aduriz may start again in attack, while center backs Aymeric Laporte and Unai Nunez along with goalkeeper Kepa Arrizabalaga may start between the sticks.

In the quarterfinals of the Copa del Rey 2015-16 season, Barca beat Athletic Club 1-2 in the first leg, while the Catalan side got past Bilbao with a 3-2 win in the second.

Also, in the round of 16 of Copa del Rey, Barcelona was handed a 2-1 defeat in the first leg, while Barca recovered from the lost and registered a 3-1 win in the second.

Similarly, in the La Liga 2016-17 under former coach Luis Enrique, Barcelona beat Athletic Bilbao 0-1 in San Mames, while the corresponding fixture in Camp Nou was a 3-0 Barca win.

Atheltic Bilbao hasn’t beaten Barcelona in the league since December 2 of 2013-14.

Recent form
Lionel Messi didn’t score a single goal against Malaga, but may want to score this time. He has 11 goals so far in the league this season.

Their 2-0 win against Malaga would boost their confidence along with the 3-0 against Murcia in Copa.

On the contrary, Atheltic Club hasn’t won in its last three matches in all competitions, with its last win coming against Sevilla at home two weeks back.

It drew 1-1 against Formentera in Copa, against Ostersunds 2-2 in Europa League while succumbed to a 1-0 defeat against Leganes.

So, Bilbao may want to restore some parity in the league as they sit on equal points with Levante and a position down on 11th, while Barcelona wants to extend their unbeaten run.

BARCELONA, Nov 7: A Brazilian judge has ordered the seizure of national football icon Ronaldinho’s passport as part of a... Read More...

Barcelona hoping to tidy up some lost grounds against Celta

KATHMANDU, Dec 1: Barcelona and Celta Vigo on Saturday will take on each other in the 14th rounds of fixtures... Read More...