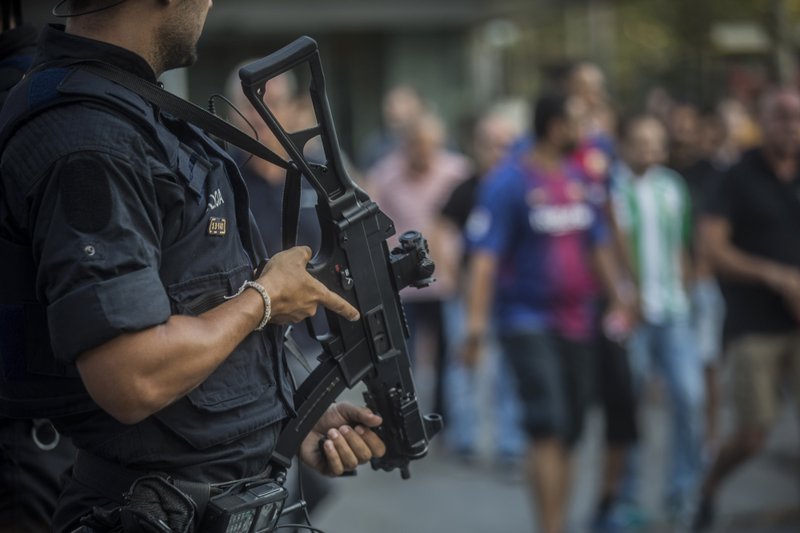 BARCELONA, August 21:  Spanish authorities confirmed on Monday the identity of the driver of the deadly van attack in Barcelona and said that he is the last member of the 12-man Islamic extremist cell still at large.

Catalan interior minister Joaquim Forn told Catalunya Radio that 22-year-old Moroccan suspect Younes Abouyaaqoub is the final target of a manhunt that has been ongoing since Thursday’s attack in Barcelona.

Forn said that “everything indicates” that Abouyaaqoub was the driver of the van that plowed down Barcelona’s emblematic Las Ramblas promenade on Thursday, killing 13 pedestrians and injuring over 120 more. Another attack hours later by other members of the cell killed one person and injured several more in the coastal town of Cambrils.

Abouyaaqoub was believed to be the lone attacker on the run by Sunday, but authorities hadn’t confirmed his identity because they were having difficulty identifying the remains of at least one extremist who died in an explosion Wednesday at a house where explosives were being prepared.

“It’s evident that the person who committed the van attack can’t be dead because the explosion happened before the attack in Las Ramblas,” Forn told Catalunya Radio.

Police killed five suspected extremists in the Cambrils attack in a shootout. Four others have been arrested.

Catalonia’s regional president, meanwhile, said that regional and local authorities rejected the Spanish government’s suggestion to place traffic barriers to protect the Las Ramblas promenade because they deemed them “inefficient.”

Carles Puigdemont told La Sexta television that regional and municipal authorities discarded the suggestion because the barriers wouldn’t have prevented vehicles from entering the promenade at other points. Besides that, Puigdemont said closing off Las Ramblas was impractical because emergency vehicles still would need to be able to access the area.

Reports say the suggestion was made after other big vehicle attacks in Europe, but the precise timing wasn’t clear.

Sajha Yatayat to resume service in Kathmandu Valley
17 hours ago

Rautes in deep crisis amid prolonged lockdown
18 hours ago