Ban on hemp creates problem in manufacturing of 21 Ayurvedic medicines 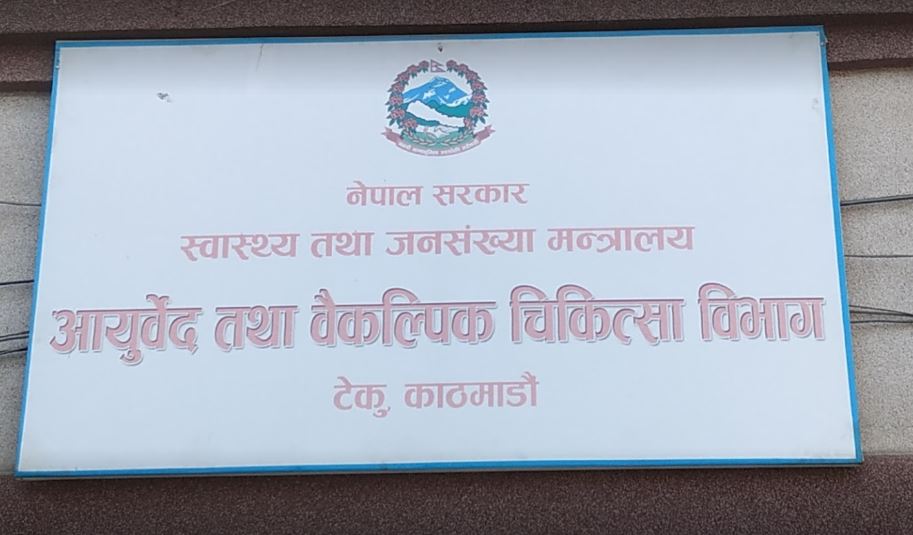 KATHMANDU, Oct 22: The Department of Ayurveda and Alternative Medicine said that a ban on hemp at present obstructed the manufacture of 21 Ayurvedic medicines.

The companies using hemp as a raw material for producing Ayurvedic medicines have been hit hard by the ban. It was shared in a discussion and consultation meeting with multi-stakeholders held by the Nepal Health Research Council and with the experts of the Policy Research Institute on Friday.

Participating in the interaction themed 'Legalization of Hemp Farming in Nepal: Prospects and Challenges' were various organizations working for  prevention and control of narcotic drugs, association related to rehabilitation centers, officials from the Drug Control Section under the Ministry of Home Affairs, Nepal Law Commission, lawyers, professors, Armed Police Force and civic societies' representatives among others.

Researchers of the Nepal Health Research Council had presented a paper illustrating the medicinal value of hemp while Policy Research Academy's experts had presented a working paper on the economic importance of hemp farming and its social aspects.

Discussion regarding the use of contraband has started across the world after the United Nations in 2020 listed hemp as the usable plant.

Although cultivation and use of hemp is banned in Nepal, its fiber is used for the production of items like clothes, purse, handbag, cap, mat as well as household purposes.  The seeds of the hemp are used for food purposes. It is also being used as medicine as well as in religious and cultural festivals.

Fifty-six countries of the world have now made law flexible for the cultivation of hemp and its controlled use.

The working paper presented about the legal aspects of cannabis on the occasion stated that the description of cannabis as stated in the Narcotics Drugs (Control) Act-2033 does not prohibit the cultivation of hemp for the purpose of production of its plant and fibers. The related Regulation has not been prepared yet though it should be legislated after the formulation of the Act.

On the occasion, Joint-Secretary at the Home Ministry, Dr Bhishma Kumar Bhusal, said it was necessary to keep the name of hemp found only in Nepal as 'Cannabis Nepaleca'.

Deputy Inspector General (DIG) of Armed Police Force Kiran Thapa said if the use of hemp was in the common interests, the APF would always support its use for that purpose.

"The APF has the responsibility for border security and smuggling of cannabis is high at the border areas and the APF is the more concerned body about the matter," Thapa added.

Narconon Nepal chair Basanta Kunwar was of the opinion that we should not even imagine lifting a ban on the use of cannabis. As he said, the cannabis consumption is one the leading cause of mental health issues. "By cannabis consumption, the consumer will lose sense and sensitivity, posing a risk of playing a role for social jeopardy.  Cannabis is also one of the sources of terrorism, that's why the ban on marijuana use should be continued. However, its farming under the security surveillance could be done for research purposes."

Objecting to Kunwar's opinion, Tribhuvan University's associate professor Achyut Adhikari pressed an idea of utilizing marijuana benefits while Institute of Forestry's Devi Prasad Bhandari presented an idea of using hemp for its oil and exporting the product to the global market.

Council research director Dr Meghnath Dhimal said it would be easier to use hemp for its medicinal benefits if the regulations towards that end could be drafted first.

Institute executive director Dr Bishnu Raj Upreti stressed the need of making no further delay to take the patent of hemp by Nepal, urging the Home Ministry to draft the regulations for it promptly.

He and the Council executive director Dr Pradeep Gyawali pledged to intensify a discourse on the issue to take it to the conclusion.

PHALEBASH (Parbat), Oct 30: The Parbat District Hospital is facing an acute shortage of essential medicinal supplies for the past... Read More...

Leadership Development: The Peril of Ignoring the Emotional Domain
21 minutes ago