The day began with Ghatasthapana. Today is Aswin Shukla Pratipada, the first day of the bright half of the lunar Nepali calendar in the month of Aswin. The day marked the beginning of Navaratri. The people sowed seeds in a mixture of sand and soil in a clay pot at 10:35 am today. 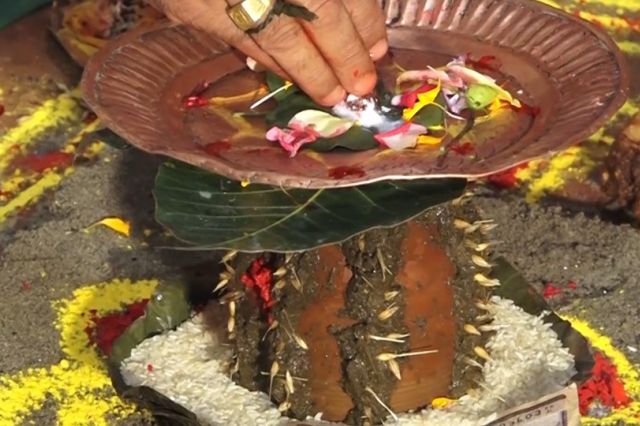 Nepali people mainly Hindus across the country today placed 'Jamara' to mark the first day of Navaratra or nine nights of Bada Dashain.

On the day of Ghatasthapana, all Nepalis worship Diyo (an oil-fed lamp), Kalas (auspicious jar) and lord Ganesha in accordance with Vedic rituals and sow maize and barley seeds in a jar filled with soil and cow dung for germination of the auspicious Jamara (barley shoots). 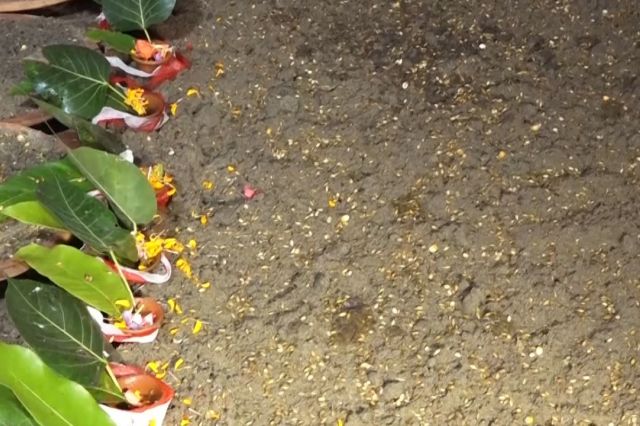 On the occasion, prayers also offered to Durga Bhavani, the goddess of power today. Germination of the auspicious "Jamara" is also initiated at Hanumandhoka Dashain Ghar as per the Vedic rituals today. Also today, prayers are offered to goddesses Mahakali, Mahalaxmi and Mahasaraswati at the Dashain Ghar, marking the beginning of the Navaratri (nine nights).

The golden barley shoots and the auspicious Tika are given by parents to their children and by elders to their juniors on the tenth day of the Bada Dashain festival with blessings for peace, progress and prosperity.  During the Navaratri, devotees throng to various religious shrines in Kathmandu including Naxal Bhagawati, Shobha Bhagawati, Maitidevi, Guheswori, Bhadrakali, Kalikasthan, Sankata, Mahankalsthan, Naradevi, Bijayeswori, Indrayani, Dakshinkali, Chamunda.

According to Samiti, the most auspicious time for receiving and offering Tika is 10:35 am on October 8. However, folks can receive Tika anytime on October 8 in their convenience.

KATHMANDU, Oct 17: "Navaratri Parba" or the nine-night festival of Bada Dashain, the great festival of the Hindus of Nepal,... Read More...

KATHMANDU, Sept 30: The price of goat meat is likely to remain stable in the Kathmandu Valley during the upcoming... Read More...

KATHMANDU, Nov 25: Police have arrested 662 gamblers  from 70 spots across Nepal during the 2018 festive season and confiscated... Read More...