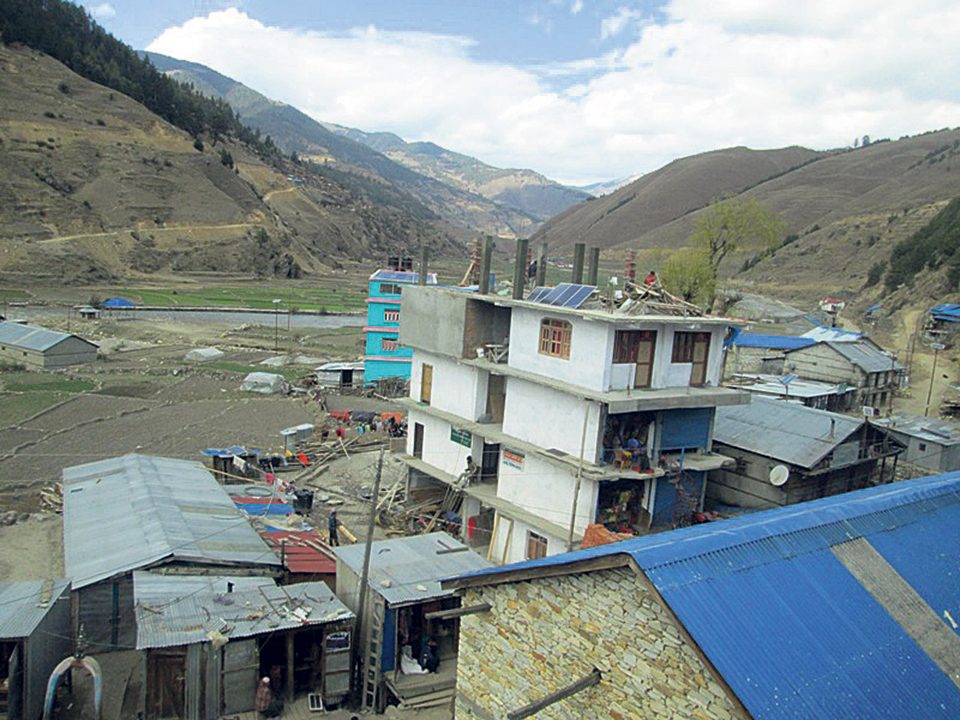 JUMLA, March 16: Prem Bahadur Khatri, local of Sinja Rural Municipality-2, said that in recent time the arrival of tourists has significantly declined in Nagma Rara Corridor. Earlier, in a single day 100 to 50 tourists vehicle used to pass but now transport of tourist vehicle have become completely stopped. The Nagma-Gamgadi road seems empty whole day. According to locals, bus which runs on local route and products loaded trucks only runs from the road.

According to Khatri, due to the fear of transmission of coronavirus and unmetalled road, tourists have stopped traveling. “Neither tourists nor visiting groups arrive, tourists places have become deserted,” said Khatri.

In this period via Nagma-Gamgadi road hundreds of tourists used to enter. The business of this place has hugely affected. The number of tourists is decreased in 40 tourist destination places enlisted by Karnali province government.

Every year government has spent money to upgrade Nagma-Gamgadi road. But due to carelessness of contractor the upgradation of the road cannot be completed on time. According to locals, in the name of upgradation the danger in the road has increased. Due to the bad condition of the road expected number of domestic and international tourists cannot -arrive.

The arrival of tourists is low in Karnali due to lack of proper hotel and eatery facilities, government's attention has not reached toward construction of tourist friendly infrastructure and lack of tourist friendly behavior. Karnali has great possibility for tourism there is lack of investment in tourism sector of Karnali.

In the leadership of Shiva Rai, Colonel of Nepal Army the track of Nagma-Gamgadi was opened. “The opening of the track was regarded as the biggest achievement; our attention was not enough in upgradation work. Till now people travel in muddy road in monsoon season and dusty road in summer season,” said Prem Khatri, chairperson of Nagma-Gamgadi Road Struggle Committee.

“After the construction of the road it became easier to import construction materials for constructing electricity poll, college, hospital, mobile tower and building,” said Khatri, “But in tourism sector Karnali cannot develop according to expectations.”

The arrival of tourists in Chandannath, Dudul Chaitya, Chumchaur and Guthichaur is zero in present situation. Government has given directives to not gather in big amount. Tourist does not wish to travel to Karnali as it does not have proper health facility.

1.4B but no more? China’s population growth closer to zero
17 hours ago