Azarenka gets going after slow start at Wimbledon 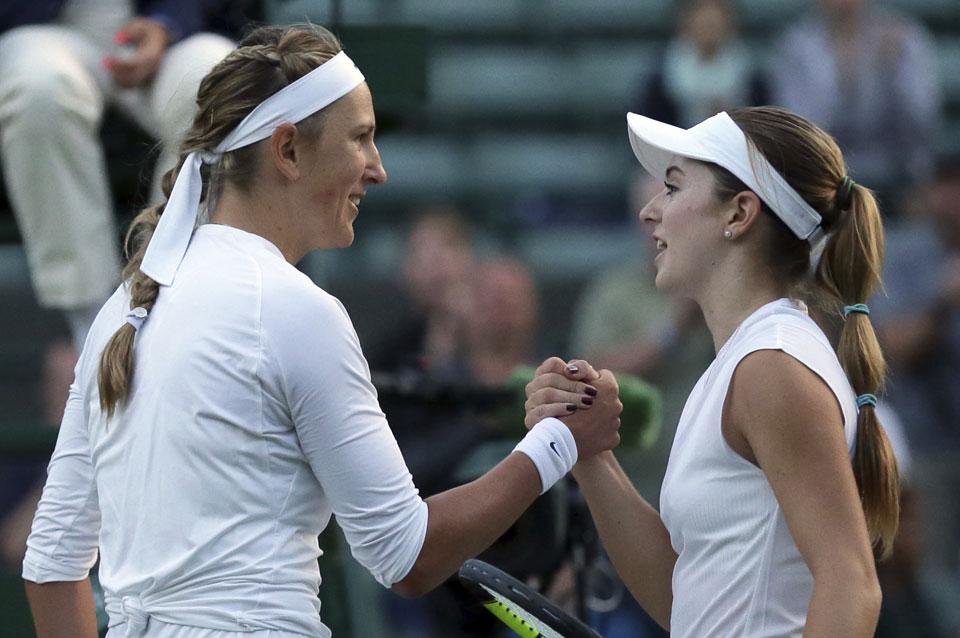 LONDON, July 4: When Victoria Azarenka got going, she got going good. The two-time Australian Open champion was playing for only the third time since giving birth in December, and despite a slow beginning, she managed to beat CiCi Bellis 3-6, 6-2, 6-1 Monday in the first round at Wimbledon.

"It was really a kind of nervous start for me," the unseeded Belarussian said. "I was not finding my range, not really moving the way I like to move and the way I have been practicing, actually."

The shaky start translated into a quick 4-0 deficit on No. 1 Court for the former No. 1 player in the world. But the 27-year-old Azarenka broke back to 4-1, and that was beginning of the turnaround.

Azarenka is no stranger to Wimbledon, even though she missed last year's tournament because of injury and hasn't played at a Grand Slam event since the 2016 French Open. She is a two-time semifinalist at the All England Club, making it that far in 2011 and 2012 — losing to eventual champions Petra Kvitova and Serena Williams. And besides her Australian Open titles in '12 and '13, she reached two finals at the U.S. Open, losing both times to Williams those same two years.

In the final set on Monday, she started to get back to her best, losing only five points in the opening four games of the decider. She got broken in the fifth game, but she broke back and then served it out for a spot in the second round.

"I think I became a little bit too defensive," said Bellis, an 18-year-old American who was making her debut in the women's tournament at Wimbledon. "Even if I hit slightly short, she would really take advantage of the ball. I feel like I had to really make every shot perfect."

"So obviously grass is very comfortable surface for her," Azarenka said. "I'm excited to play against her. She's a great player and always can bring her 'A' game."

Man gets three years for rape