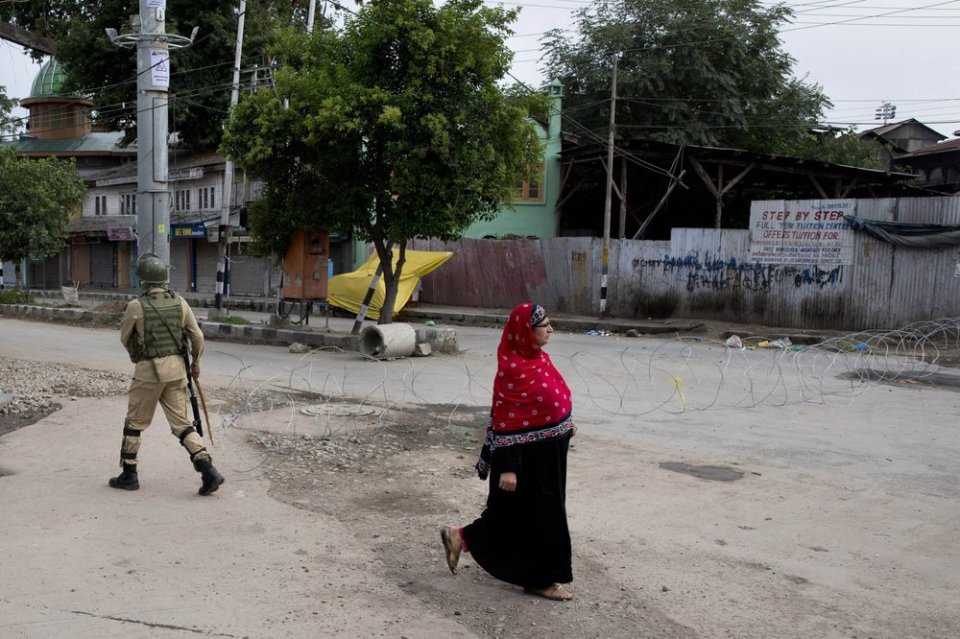 SRINAGAR, India, Aug 20: Security forces detained 30 people overnight in Indian Kashmir’s main city of Srinagar, local officials said on Tuesday, seeking to keep a tight lid on protests over the federal government’s decision to strip the region of its autonomy.

Crowds have demonstrated frequently in the city despite a severe clampdown on phone and internet services, a ban on public gatherings and detentions of hundreds of political leaders and separatists who have long campaigned for secession from India.

Youth have pelted stones at paramilitary police deployed in Srinagar, and the latest detentions took place in parts of the city where such incidents have occurred, a police officer said.

“These arrests have been made in the areas where there has been intensifying stone-pelting in the last few days,” the officer said, speaking on condition of anonymity because of the sensitivity of the situation.

The withdrawal of the special privileges of Muslim majority Kashmir means residents of all parts of India can buy property and compete for government jobs and college places, raising fears that it will be flooded with outsiders.

Indian Prime Minister Narendra Modi’s surprise move has also increased tensions with arch-rival Pakistan which lays claim to Kashmir and has accused India of human rights violations in the territory at the heart of more than 70 years of hostility between them.

U.S. President Donald Trump spoke to Modi and Pakistan Prime Minister Imran Khan on Monday urging them to reduce tensions over Kashmir. “A tough situation, but good conversations!” Trump said in a Twitter post after the calls.

Authorities in Indian Kashmir on Monday said the protests were local and small in nature involving no more than a dozen people. Still, primary schools remained deserted on Tuesday as they were the previous day as parents worried about the safety of their children kept them at home.

Reuters visited three schools in Srinagar including Presentation Convent Higher Secondary School and no students had turned up and classes were deserted.

“Some teachers reported to duty but left as there were no students”, said an official of the school.

Authorities had ordered schools to reopen on Monday after a two-week closure as a sign of normalcy. Srinagar’s top city official Shahid Choudhary asked schools to ensure resumption of bus services.

A driver, however, said it was difficult to operate buses in such a volatile situation. “It is very risky for us and the students,” he said.