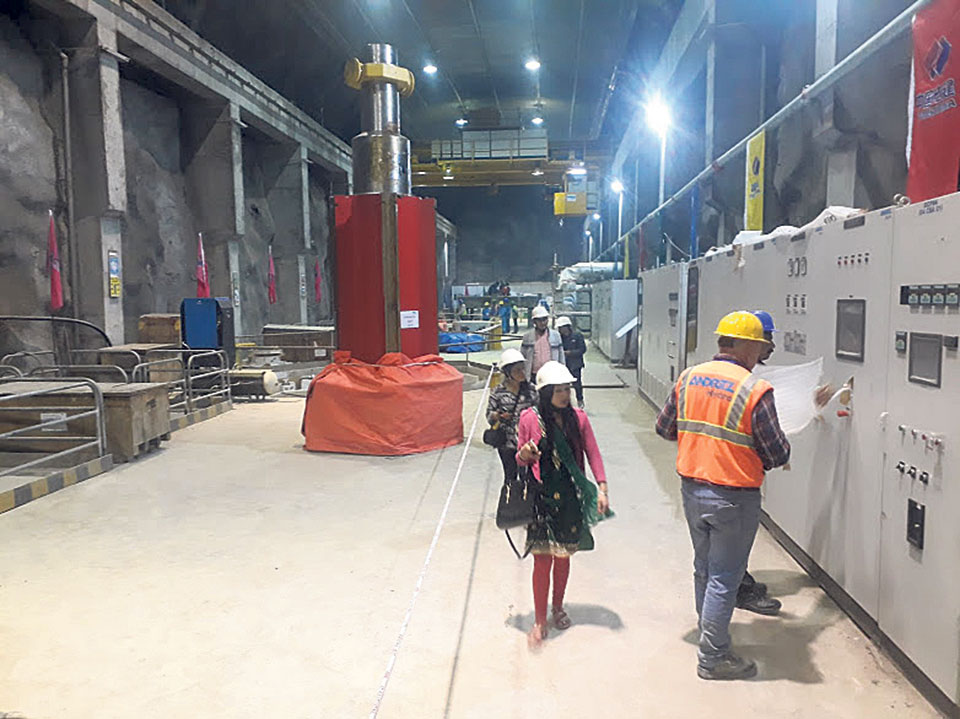 A meeting held at the UTHL’s office in Kathmandu on Thursday decided to hand over the work the Austrian firm after Indian contractor Texmaco Rail and Engineering Limited said that it cannot complete the task of supply and installation of pipes.

According to project officials, the new company will transport pipes and complete installation of pipes in remaining sections of the tunnel. The Indian company, however, will complete pipe fitting works in dam gates.

“Except for pipe transportation and installation, Texmaco will work on dam gates and hydro-mechanical sites,” project officials added.

Texmaco has also agreed to cooperate with Andritz for transportation of big pipes from India.

Bigyan Shrestha, chief executive officer of the project, said that the two contracting companies have reached an understanding for sharing pipe installation works.

“We have already written to Texmaco about changes in assigned works for pipeline transportation and installation work,” Shrestha said, adding that the project office had given prior information to the Indian company before taking the decision.

“The decision was taken as per mutual understanding. As it is not a contract termination, there will be no legal issues,” he added.

Project officials said that the decision will expedite project works which are said to be in the last stage. The project is expected to start energy generation by June next year.

Ministry of Energy and the Embassy of India in Kathmandu facilitated the talks, according to project officials.

Shreshta is hopeful of meeting the target of energy production of by July 2019 as the Austria company will now expedite project works.

Work performance of Indian company was very slow compared to other companies working in the 456-megawatt project, according to project officials.

KATHMANDU, Sept 18: Nepal Rastra Bank (NRB) has made it easier for the transfer of foreign currency earned from e-commerce... Read More...

KATHMANDU, Sept 18: Stocks witnessed one of the best trading days in the last couple of months on Thursday. Stocks... Read More...

COVID-19 has taken heavy toll on women's entrepreneurship in Nepal