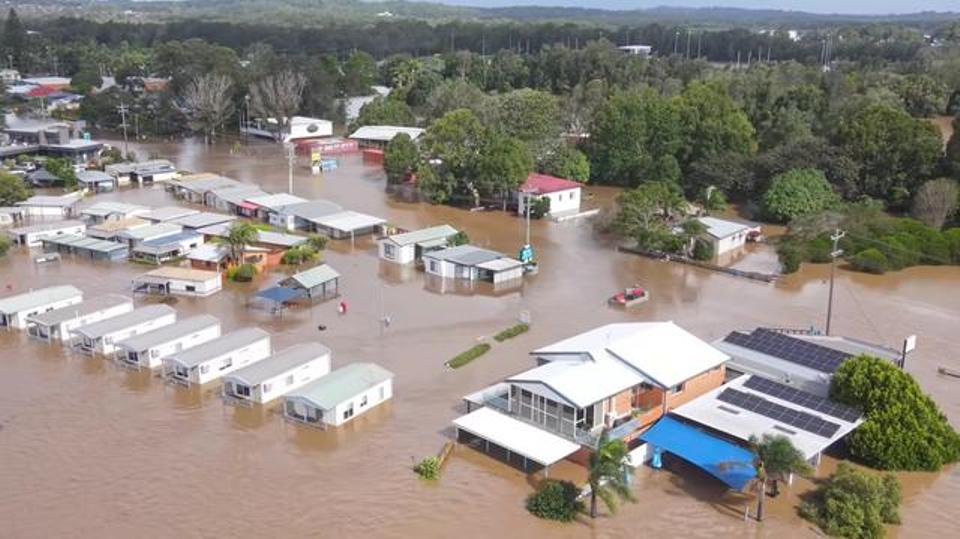 SYDNEY, March 22: Australian authorities are planning to evacuate thousands more people on Monday from flood-affected suburbs in Sydney’s west, which is set for its worst flooding in 60 years with another day of drenching rain expected.

“Flooding is likely to be higher than any floods since Nov 1961,” NSW emergency services said in a tweet late Sunday. Authorities expect the wild weather to continue until Wednesday.

Large parts of the country’s east coast will get hit by more heavy rains from Monday due to the combination of a tropical low over northern Western Australia and a coastal trough off NSW, the weather bureau said.

“These two moisture feeds are merging and will create a multi-state rain and storm band from Monday,” the Bureau of Meteorology said in a statement.

A severe flood warning has been issued for large parts of NSW as well as neighbouring Queensland.

“These are very, very serious and very severe storms and floods, and it’s a very complex weather system too ... so this is a very testing time,” Prime Minister Scott Morrison told radio station 2GB on Monday.

Sydney on Sunday recorded the wettest day of the year with almost 111 mm (4.4 inches) of rain, while some regions in NSW’s north coast received nearly 900 mm of rain in the last six days, more than three times the March average, government data showed.

MELBOURNE, March 21: Heavy rains along Australia’s east coast over the weekend have brought the worst flooding in half a... Read More...

MELBOURNE, Jan 18: Parts of Australia’s east coast were hit by severe storms on Saturday, dousing some of the bushfires... Read More...