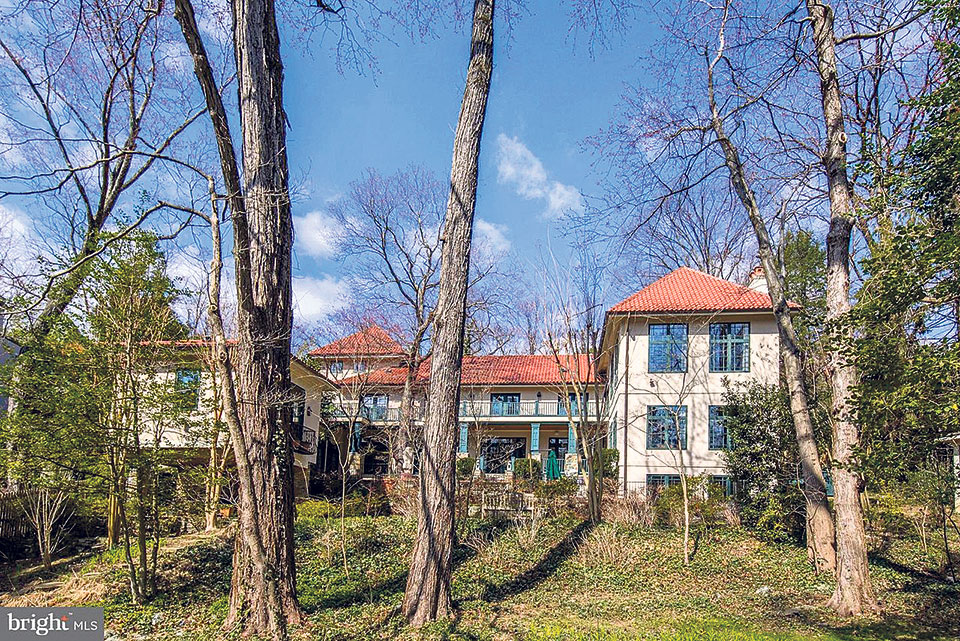 The property housing the Nepali embassy in Washington DC in this undated photo.

Dispatching auditors to examine the spending at the embassy during last fiscal year was not in the OAG’s annual agenda. But Sharma along with his personal assistant Mahesh Paudel, who is also the director of the OAG, went to Washington and audited the financial records, and the intention, according to sources at the embassy and the OAG, was to sanitize a controversial purchase deal for the ambassador’s mansion in the US capital.

Sharma had gone there on October 29 to attend a World Bank event and the OAG paid travel cost and daily allowances only for Paudel, according to the OAG. Both of them returned to Kathmandu after a week.

Paudel examined the financial records of the embassy’s purchase of a lavish mansion for the residence of Nepal’s ambassador to the USA. The price tag was US $6.8 million (Rs 773.70 million).

The top agency for checking financial records was expected to expose something about the controversial purchase. Ambassador Arjun Karki was criticized in Kathmandu for the purchase at a time the Government of Nepal has taken austerity measures. The building in which Karki was living still remains vacant.

A source at the embassy and some officials at the OAG say the auditing presided over by Sharma himself was merely a bid to thwart exposure of financial irregularity.

Though the OAG in its 55th report unveiled in April exposed some lapses in the purchase of the embassy building, the next report due out in April won’t contain any such thing, according to a source in Washington. An excerpt from the 55th report says, “A four member procurement committee was formed only after beginning the process of purchasing the house.” The report also revealed that the embassy had published a tender notice for the purchase without even submitting a proposal and receiving the consent of the Ministry of Foreign Affairs in Kathmandu.

These revelations clearly indicate ample grounds for questioning the procurement process but the auditing done by Sharma has given a clean chit to the embassy and the ambassador, according to at least two sources at the OAG and one source in Washington.

The ambassador has already shifted to the new mansion following the purchase. The mansion is about the same price as the house former US president Barack Obama bought recently in Washington. It, however, has  parking space for only one car.

The ambassador is said to have received protection from all the regulating and anti-graft bodies because of his allegiance to the ruling Nepal Communist party.

Deputy Auditor General Iswar Nepal, who is also chief of foreign section at OAG, claimed that Auditor General Sharma and Paudel audited  the embassy’s books only because they happened to be in Washington for a World Bank event. Normally such auditing of Nepal’s embassies and missions abroad is done by sending for the documents and collecting them in Kathmandu. Two teams travel to different countries annually for about three weeks to cover field audits in half a dozen countries.

KATHMANDU, July 4: A team of International Civil Aviation Organization (ICAO), which arrived in Kathmandu on Sunday, will start studying the... Read More...