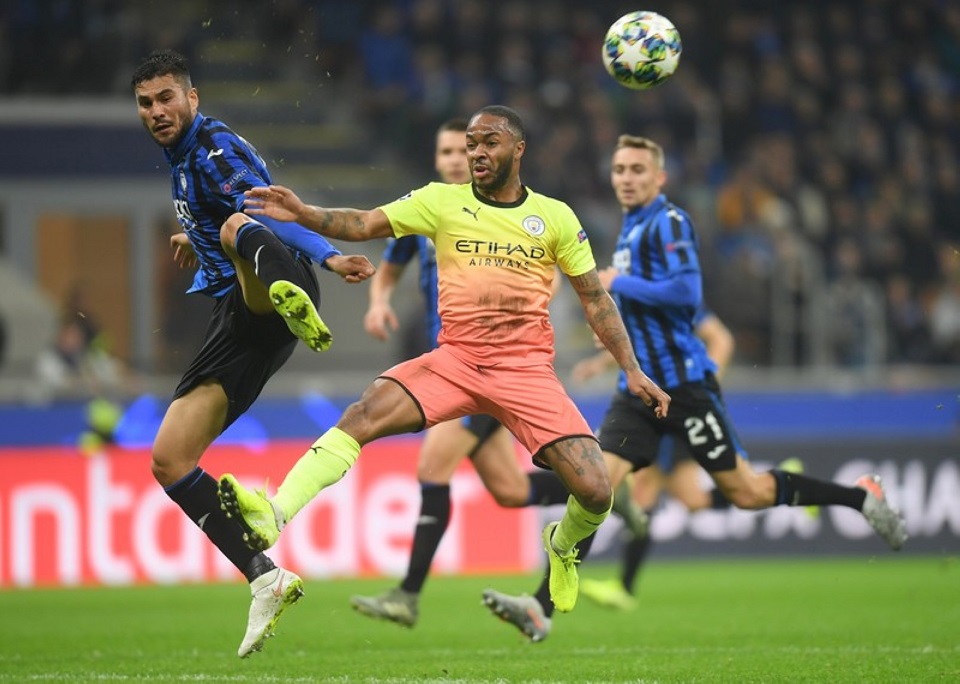 MILAN, Nov 7: Manchester City were made to wait to book a place in the Champions League knockout stages and ended up clinging on for a 1-1 draw against Atalanta on Wednesday after a red card forced Kyle Walker to go in goal.

City had taken an early lead through Raheem Sterling but Mario Pasalic’s equaliser turned the tables and substitute keeper Claudio Bravo’s sending off late on left the visitors holding on for a point with defender Walker in goal.

Sterling finished off a flowing City move early on before Gabriel Jesus squandered a golden chance to double their lead by rolling a tame penalty wide on the brink of halftime.

Pep Guardiola’s side were made to pay for their profligacy when Pasalic’s bullet header levelled the scores early in the second half and the City manager was left frustrated by his side’s performance after the interval.

“In this competition you know you have your chances and moments and you have to take it,” he said.

“But with the problems we have, we made a good first half. First half we were outstanding and second we suffered. In the last 15 minutes we had the issue with the new keeper.”

When asked whether the injury that forced first-choice keeper Ederson off for Bravo at halftime is serious enough to rule him out of contention for Sunday’s Premier League showdown with league leaders Liverpool, the Spaniard replied: “I don’t know right now.”

City remain top of Group C with 10 points, five ahead of Shakhtar Donetsk and Dinamo Zagreb, while the draw earned Atalanta their first point in the competition.

“We still have a chance in the Champions League, but I would be very happy with a place in the Europa League too, as long as we continue some European experiences and can grow,” Atalanta coach Gian Piero Gasperini said.

The Premier League champions took the lead with a sensational goal after seven minutes as Bernardo Silva’s pass was back-heeled by Gabriel Jesus into the path of Sterling to finish.

City dominated possession and carved out several promising openings throughout the first half but were given a gilt-edged chance to double their lead just before the break when they earned a penalty for handball following a VAR review.

Jesus stepped up to take the spot kick, but sent it harmlessly wide to leave the Italian side with a glimmer of hope as they headed into the changing rooms.

Gasperini’s side were transformed after the interval and took four minutes to draw level as the unmarked Pasalic powered home a Papu Gomez cross.

There was drama late on when Bravo, who had been introduced at halftime with Ederson carrying a knock, was shown a straight red for a sliding tackle on Josip Ilicic outside the box, forcing Guardiola to send on Walker as a goalkeeper for the final few minutes.

3,284 foreigners arrested in five years for committing various crimes in Nepal
23 hours ago

Madhav Nepal will return to CPN-UML: Bhattarai
1 hour ago