At least 20 people committed sucide every day during lockdown 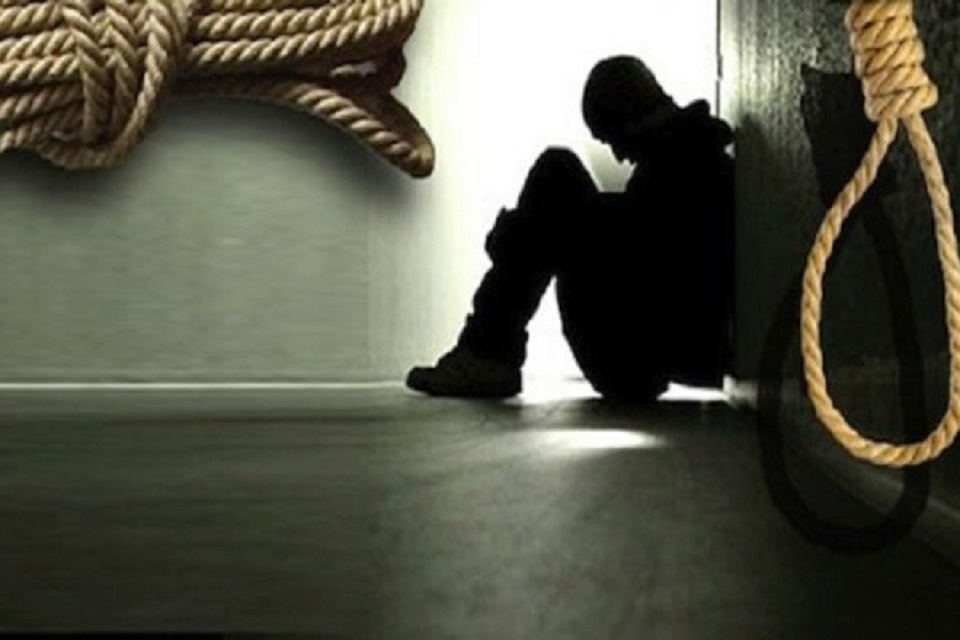 During the nationwide lockdown, at least 2,218 people committed suicide

KATHMANDU, July 27: In what is a shocking revelation on mental health crisis, the data compiled by the Nepal Police shows that more than 2,000 people committed suicide during the nationwide lockdown imposed by the government to curb the spread of coronavirus (COVID-19).

As suicide cases are increasing at an alarming rate, metal health experts say the numbers have a connection with the global COVID-19 pandemic. The number might still increase if the authorities concerned show apathy toward solving the mental health crisis people are facing in the pandemic, they say.

Prior to the lockdown, the number of suicide cases used to stand at an average of 400 a month.

"There are multiple factors behind the increased number of suicides during the lockdown," said Dr Sagun Ballav Pant, who is an assistant professor of psychiatry at the Tribhuvan University Teaching Hospital (TUTH).

“During the lockdown, multiple problems hit the people all at once. From a disturbed regular routine to financial burdens due to job losses, people were hit hard by the circumstances. They couldn’t meet their friends and family members. The lockdown increased the already prevalent mental health risks among the people, increasing their financial burden,” Pant, told Republica, pointing out a few shocking incidents in the lockdown that led to an increase in the number of suicides.

The death of a Bollywood actor Sushant Singh Rajput came as a shock during the lockdown. “As media and people glorified his death, the number of suicide cases also went up after his case. Glorifying a suicide case encourages people to self-harm,” said Pant.

Following Rajput’s death, at least five patients came to visit Dr Ritesh Thapa complaining suicidal thoughts and urge to commit self-harm. “They [patients] had a strong urge to commit suicide as media and people glorified Rajput’s death, establishing a wrong perception that those committing suicides are “heroes”,” said Thapa, who is a director and consultant psychiatrist at Rhythm Neuropsychiatry Hospital.

Although the data compiled by Nepal Police shows the number of suicide cases stand at 2,218, mental health experts fear the number could be higher as several suicide attempts are not reported to the authorities concerned.

“People stayed at home without regular activities. During the lockdown, domestic violence also increased, also triggering people to commit suicide. The consumption of excessive alcohol was one of the major reasons behind the increase in domestic violence,” according to Pant.

Likewise, Jagannath Lamichhane, a mental health expert also said that financial insecurity and increase in domestic violence might have increased suicide cases during the lockdown. “Apart from these reasons, the regular medical follow ups of people - with chronic diseases and mental health problems - were hampered, leading to frustration,” he said.

“People were suffering from anxiety and depression. But they could not go to the hospital for consultation. Rather, they started consuming alcohol to cope with the challenges during the lockdown,” said Pant, adding there are several factors the authorities concerned need to analyze to control the increasing suicide cases.

He also says that mental health problems have always been a stigma in Nepal. “If anyone is going through a difficult time, and shares about having a tough time in life, people talk about being weak and “chicken-hearted”. These comments only encourages suicides,” Dr Pant says.

Just how Rajput’s death triggered suicidal thoughts, the death of a young girl in Dang a month ago triggered vulnerable people to self-harm. A young girl from Dang committed suicide by coming live on a Facebook video. Following the incident, there have been three copycat suicide cases across the country, according to Pant.

“One of the reputed portal recently published a news piece on suicide by attaching the suicide note. The write-up can still be accessed on the internet. The media needs to seriously think how young people and vulnerable groups will be impacted by sensetionalizing and glorifying suicide cases,” said Pant.

Likewise, Pant says the government needs to form a proper strategy to focus on solving the mental health crisis. “The government can form a group of people who overcame suicidal thoughts. “They can spread awareness among vulnerable groups. These methods can be useful for the government in these times,” he said.

History shows that the number of suicides increases during pandemics. “The number might still increase as there has been no efforts from the government,” said Pant, adding that sales of ropes and pesticides should be monitored properly by the local units -- rural municipalities, municipalities, and metropolises.

WHAT NEPAL POLICE IS DOING TO CONTROL SUICIDES

Police have collaborated with local units and authorities concerned to organize awareness campaigns aiming at reducing the number of increasing suicide cases. While the number of cases is increasing, Nepal Police Headquarters has issued a circular to all its offices across the country to investigate suicide cases properly.

Issuing a press statement a few days ago, police said that it was organizing programs in collaboration with Tribhuvan University Teaching Hospital, among other health institutions.

As suicide cases are increasing at an alarming rate, police are identifying vulnerable people – likely to self harm – through the Community Police Partnership. After identifying the vulnerable groups, police organize awareness campaigns in local units.

Police have also requested the general public to report suicide cases and vulnerable people – likely to self-harm – to the nearest police station.

{If you or someone you know is having suicidal thoughts, please seek help from the following contacts.

I can imagine a household full of children, without the option of going out during this current state of lockdown.... Read More...

Infected in Dhangadi traveled to many places, contacted many

DHANGADHI, March 29: The novel coronavirus infected man from Dhangadi who is undergoing treatment at Seti Regional Hospital has been... Read More...

MADRID (Reuters) - Spain put its 47 million inhabitants under partial lockdown on Saturday as part of a 15-day state... Read More...

Profit earned by NEA will be mobilized in development of infrastructure related to electricity supply: Minister Bhusal
4 minutes ago