At least 20 killed, 50 injured in attack on VP candidate's office in Kabul: government 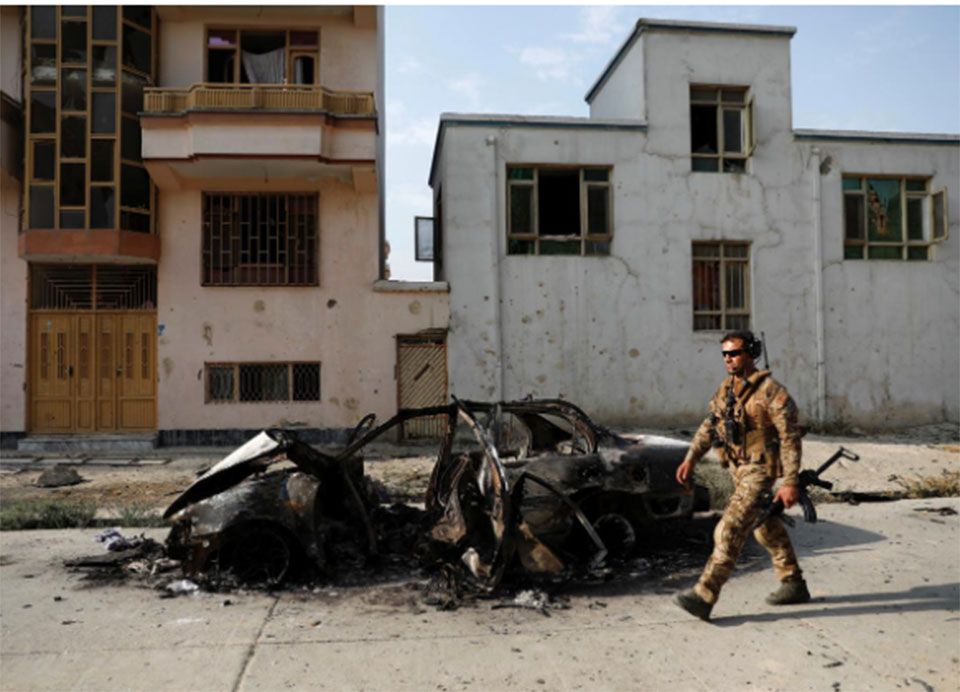 KABUL, July 29: At least 20 people were killed and 50 injured in Afghanistan’s capital Kabul on Sunday in a suicide bombing and gun battle at vice-presidential candidate Amrullah Saleh’s office, the government said in a statement on Monday.

Saleh, a running mate of Afghan President Ashraf Ghani, was slightly injured in the attack.

No militant group has claimed responsibility for the attack that came only hours after Ghani and Saleh, along with more than a dozen Afghan politicians, launched their two-month-long election campaign.

Presidential polls are expected to be held on Sept. 28 but the security situation has been deteriorating across the country with the Taliban and Islamic State fighters mounting near-daily attack on Afghan forces, government employees and civilians.

KABUL, Aug 19: Afghanistan’s president on Monday vowed to “eliminate” all safe havens of the Islamic State group as the country marked... Read More...