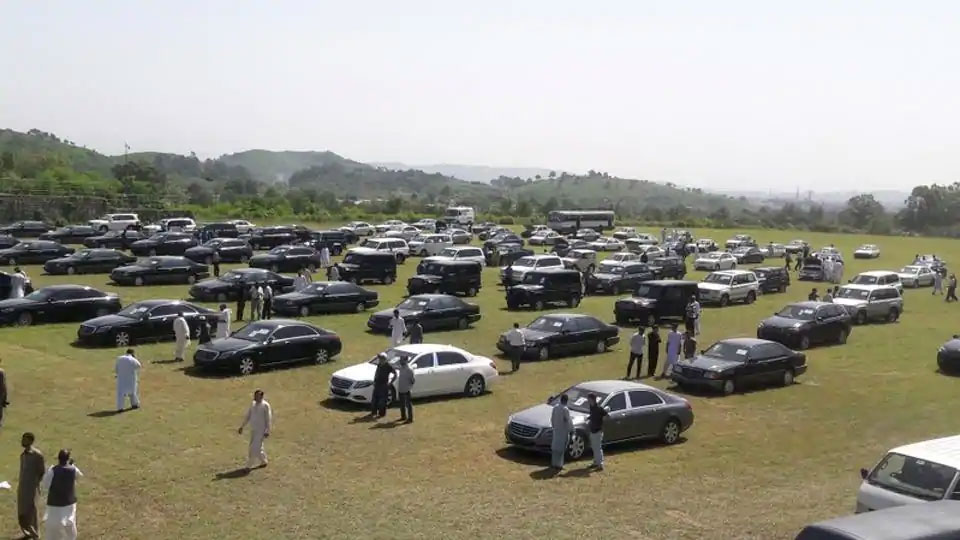 People visit an auction of government owned used cars at the premises of Prime Minister House in Islamabad. (Reuters Photo)

The cash-strapped Pakistan government on Monday sold 70 cars “above their market price” as it started the process of auctioning of 102 luxury vehicles of the PM House under Prime Minister Imran Khan’s austerity drive, a media report said.

Speaking to reporters on Monday, information minister Fawad Chaudhry said the first batch of 70 vehicles have been sold.

“These cars were sold above their market price,” Chaudhry claimed.

He added that vehicles which are classified as protected (bomb and bullet-proof) would be sold next.

The cars that are being auctioned include four recent models of Mercedes Benz, eight bullet-proof BMWs, three 5000cc SUVs and two 3000cc SUVs of 2016 model.

Twenty-four 24 Mercedes Benz of 2016 model are also being auctioned. Two of the 28 cars are 4,000cc bullet-proof vehicles, the report said.

Further, 40 Toyota cars, a Lexus SUV, and two Land Cruisers are also up for auction.

Other vehicles that are being auctioned include eight Suzuki cars, five Mitsubishi vehicles, nine Hondas and two jeeps.

The cars will be sold to those who have the highest bid, the report said.

In his first address to the nation, Prime Minister Khan had emphasised on cutting government expenditure. As part of the cost-cutting initiative, he had announced the auction of surplus PM House vehicles.

Pakistan’s debt and liabilities rose sharply to nearly Rs 30 trillion or 87% of total size of the economy at the end of previous fiscal year, according to media reports.

After auctioning cars and buffaloes, the cash-strapped Pakistan government now wants its citizens to crowdfund a whopping $14 billion for... Read More...

Taleju Bhavani Temple opened for a day
27 seconds ago