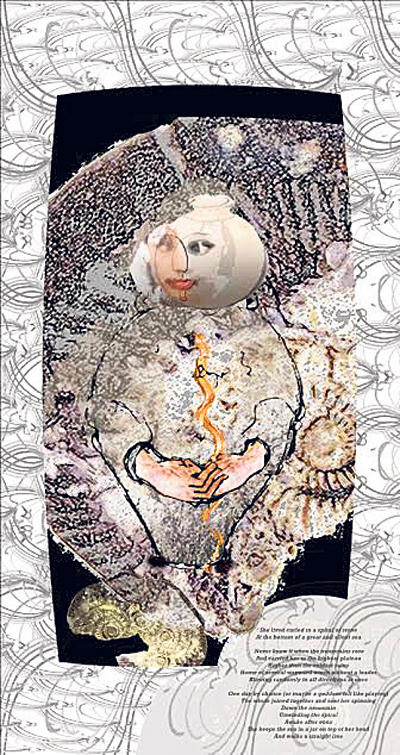 The paintings are inspired from the Hindu mythology; the ten water jars are based on well-known stories of ten incarnations of Lord Vishnu. Danisch’s paintings portray the five elements: earth, water, fire, air and space, and the artist believes that the water jars tell the stories of earth’s evolution.

The paintings are affixed with beautifully written poems.

“I’ve been an artist as far back as I can remember, but decided to devote my life and career to the arts when I took a ceramics course and couldn’t get away from the spinning wheel,” Danisch wrote before he passed away earlier this year.

Sangita Thapa, the director of Siddhartha Art Gallery, who is also his childhood friend said, “the last mail I received from Jim was on March 25, 2016 when he confirmed the exhibitions for October. I think this is a beautiful exhibition and homage to a beautiful

The exhibition will continue until November 17.

KATHMANDU: The 7th edition of ‘SAARC Artists Camp and Exhibition of Paintings 2017’ is scheduled to be held from Friday... Read More...