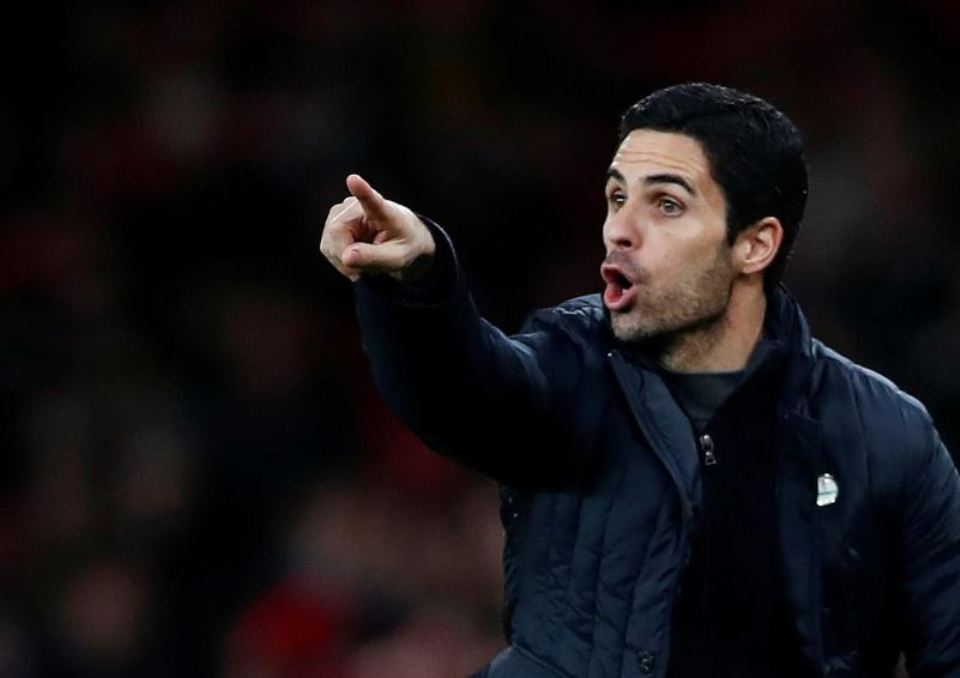 LONDON, Jan 21: Arsenal manager Mikel Arteta kept his transfer cards close to his chest and said on Monday that the club were not close to signing new players in the January transfer window.

The north London side have been linked with Paris St Germain left back Layvin Kurzawa in the past week but Arteta said there was “a possibility” that the club could go without singing anyone in this window.

“Things haven’t moved at all since the weekend,” Arteta told reporters when asked about potential transfers. “There is nothing new to say about any deals or players. When we have more info, we’ll let you know.

“The players we want to bring in have to be players who are going to help us and make a difference in the squad. It’s not for the sake of just bringing in players.”

Arsenal, 10th, have won only one Premier League game in six since Arteta took charge while four draws have seen the north London side fall further away from the top four but the Spaniard is positive his squad is slowly imbibing his philosophy.

“A lot of things have happened and it feels longer than a month,” Arteta added ahead of Tuesday’s trip to Chelsea. “Yes, a lot of things changed, a lot of positives in terms of reactions and the things they are taking on board.

“In terms of results it could have been a little bit different, I think we have been very unlucky and other aspects have influenced that. The feedback I’m getting is very positive. When we don’t win they know the reasons why.”

Chelsea boss Frank Lampard, meanwhile, said there was “nothing imminent” with respect to bringing in new players this month but did not brush aside rumours linking PSG striker Edinson Cavani with the London outfit.

The French side’s sporting director Leonardo Araujo revealed on Sunday that Cavani, who lost his place in the starting lineup to Mauro Icardi, had asked to leave the Ligue 1 club.

“He’s a great player, I played against him and I always loved his mentality and his attitude. His goal-scoring record speaks for itself,” Lampard said. “I’m not absolutely aware of what the situation is, so we’ll see.

“He’s an experienced player but so are many other players out there. We are young as a squad so the idea of bringing in experience is not something I’m looking away from. Sometimes the younger players need a bit of help.”