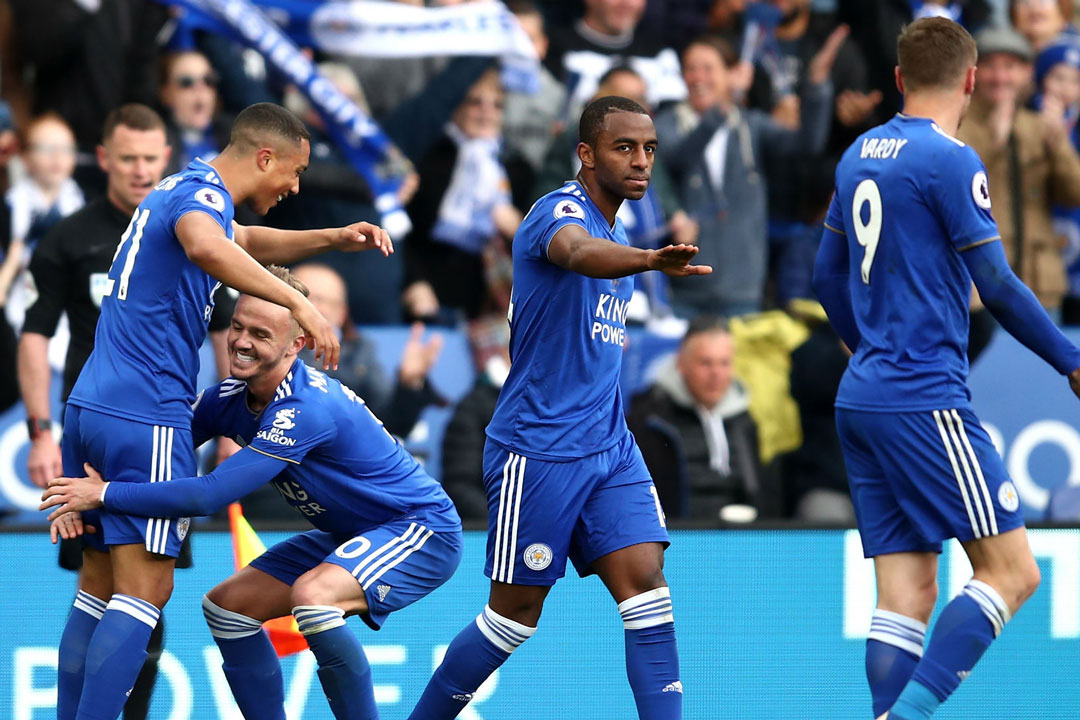 LONDON, April 28: Ten-man Arsenal suffered a 3-0 Premier League defeat at Leicester City on Sunday in another blow to their hopes of finishing in the top four and qualifying for the Champions League.

Unai Emery’s side were reduced to 10 men in the first half when defender Ainsley Maitland-Niles received his second booking in the 36th minute for a late challenge on James Maddison. He had been cautioned earlier for a foul on Ben Chilwell.

Goals from Youri Tielemans and a Jamie Vardy double ensured Arsenal suffered a fourth loss in their last five league games, three of which have now come on the road.

Arsenal had goalkeeper Bernd Leno to thank as the German made a string of saves to keep the visitors in the contest, but even he had no chance when Tielemans sneaked past the defence to head home Maddison’s cross in the 59th minute.

Leicester doubled their lead through Vardy who latched on to goalkeeper Kasper Schmeichel’s long ball to first hit the crossbar and then head home the rebound with Leno in no-man’s land.

Vardy grabbed another in stoppage time when Ricardo Pereira dribbled past the defence and squared the ball for the English striker who scored his 18th league goal of the season.

Leicester moved up to eighth and now have a chance of finishing seventh, potentially qualifying for the Europa League next season. Brendan Rodgers’ side sit three points behind seventh-placed Wolverhampton Wanderers with two games to go.

LONDON, July 8: Leicester City’s Jamie Vardy pounced to score a crucial late equaliser as they hit back against Arsenal to... Read More...

LONDON, Aug 11: Wolverhampton Wanderers had a goal by Leander Dendoncker ruled out by the Video Assistant Referee (VAR) in... Read More...

Five killed, 37 others injured in bus-truck collision in Kohalpur
9 hours ago