Arsenal's Coquelin out for up to four weeks with hamstring injury 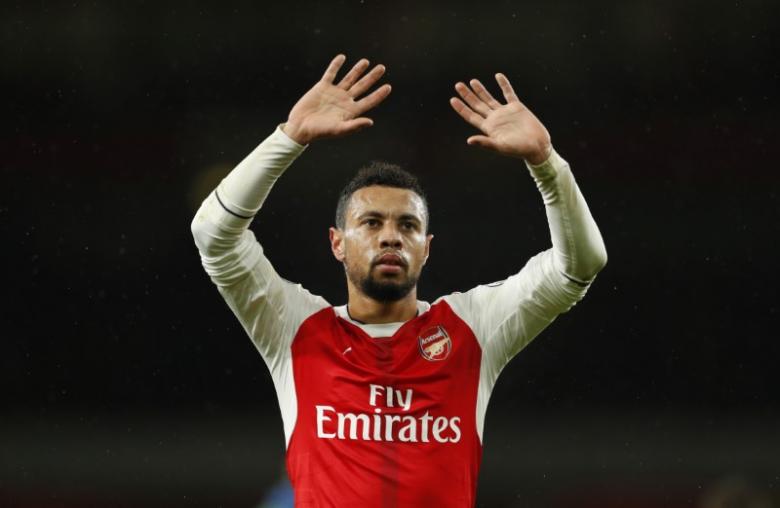 Arsenal midfielder Francis Coquelin will be out for up to four weeks after injuring his hamstring during the Gunners' 3-3 Premier League draw at Bournemouth on Tuesday.

Coquelin's injury leaves Arsene Wenger short of options in central midfield, with long-term absentee Santi Cazorla still sidelined by an ankle problem and Mohamed Elneny on international duty with Egypt at the African Cup of Nations.

Aaron Ramsey and Granit Xhaka are the only senior central midfielders available.

"He (Coquelin) is out for three or four weeks now (with a) hamstring (injury)," Wenger told reporters on Thursday.

Wenger said that the FA Cup is high on Arsenal's list of priorities this season, but the long-serving manager will rest influential duo Alexis Sanchez and Mesut Ozil for Saturday's clash, while central defender Laurent Koscielny misses out because of a "slight thigh problem".

"I haven't decided on the team yet. It depends on everyone's fitness levels, but we will play with around 90 percent of the first team squad," Wenger said.

"I will rest Sanchez and Ozil, who is coming in today after having been in bed for two weeks with a suspected throat infection. Apart from that, everyone else will play as the FA cup is a big priority for us."

Chelsea manager Antonio Conte suggested there could be up to six teams fighting for the Premier League title this season after his side's 2-0 defeat at Tottenham Hotspur on Wednesday.

Wenger, however, feels there is still some way to go before any of the chasing pack pose a threat to Chelsea, who have a five-point cushion at the top of the table after 20 games.

"Looks like Chelsea are quite comfortable, but it raises hope for others," he added.

Sanchez, who is locked in negotiations over a new Arsenal contract, was visibly frustrated as he angrily threw his gloves to the floor after Tuesday's draw at Dean Court.

Wenger, however, was quick to pour cold water on media reports suggesting that the winger is getting fed up with life at the North London club.

"What is surprising about that (Sanchez's reaction)? We want to win the games; if you don't, you're not happy. That is normal ... Of course he is fine," Wenger said.

Morata out from hamstring injury, doubt for classico and Madrid derby

KATHMANDU, Nov 30: Amid protests in various parts of the country against the proposed changes in the provincial boundaries and other... Read More...