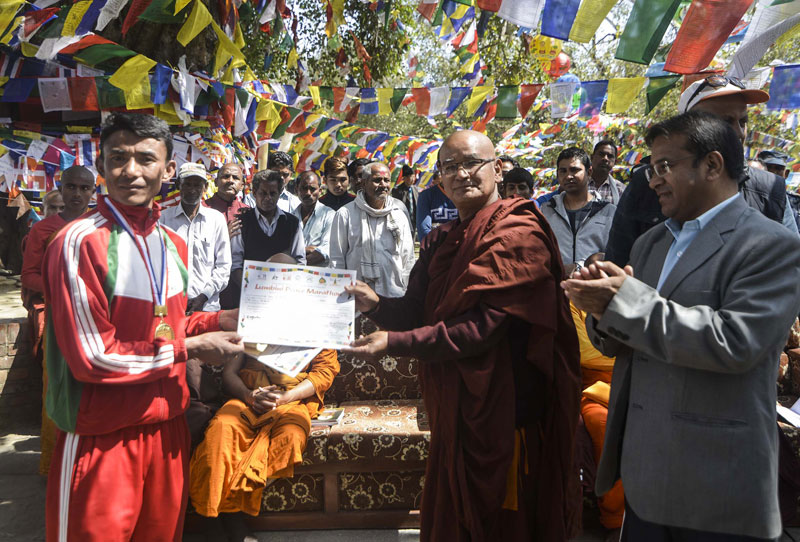 Hom Lal completed the marathon in 2 hours 22 minutes that finished at the Maya Devi Temple in Lumbini. Winner Hom Lal bagged a prize of Rs 100,000. "I have practiced a lot to improve my timing in last one year. At first I was bit worried but when I realized I'm doing well, I won it," said Hom Lal.

In 5km race, sunil Kurmi, Tej Bahadur Chaudhari and Rakesh Lodh secured the top three positions respectively. Runners from India, Spain, Jamaica, Italy and China had also participated in the Peace Marathon organized with the slogan of 'following the foot-steps of Lord Buddha'.

"With the success of the first Lumbini Peace Marathon, we are encouraged to organize it regularly every year," said Bikram Pandey, the organizer and chief of the buddhistcircuit.com. "We want to establish Lumbini as a tourist destination in the world map," he added. 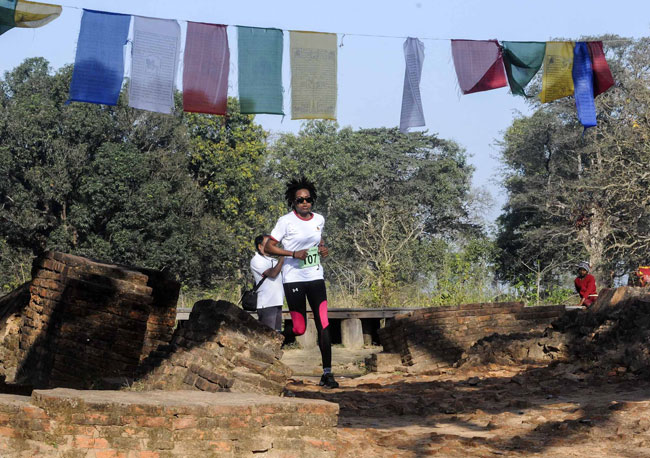 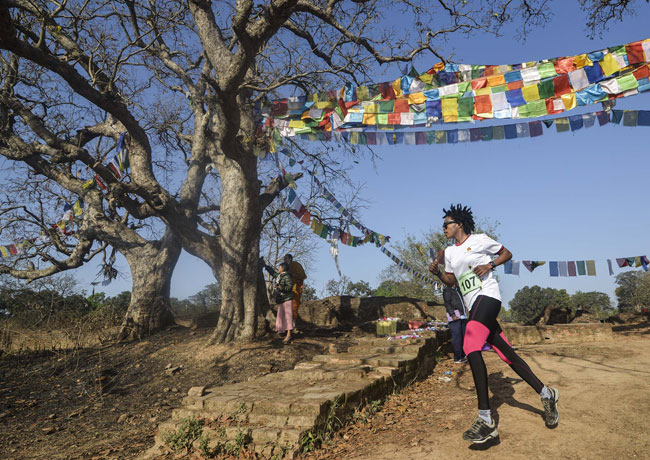 Lumbini Peace Marathon to be held on March