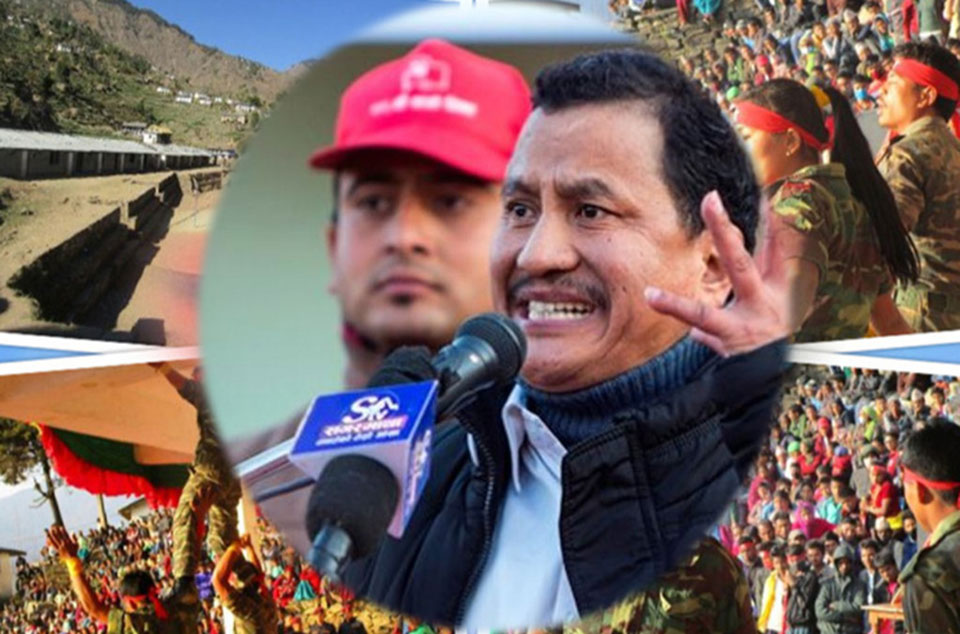 KATHMANDU, April 19: Netra Bikram Chand's Communist Party of Nepal appears headed for a face-off with the government after an ultimatum issued by Prime Minister KP Oli to the outfit to surrender arms expired Thursday.

On March 14, the government, just a few days after prohibiting the activities of semi-underground outfit, had issued a 35-day deadline to Chand to surrender arms and sit for talks with the government. Chand had issued a counter-ultimatum demanding that the government lift the ban on his outfit by April 13 or face the prospect of a parallel government.

With neither side apparently unwilling to relent, it is unclear how the two sides will move forward in the days ahead.

Options are limited for both the government and the CPN. Pressure is building on the Oli government to find solution through talks. Despite its nationwide crackdown on CPN's activities and arrests of hundreds of the outfit members, there is growing consensus in the ruling Nepal Communist Party that the problem which has its roots in the past Maoist insurgency cannot be resolved through iron-fist approach.

Legal eagles have also contested the legality of the ban. Many said that the government had breached the constitution by outlawing the political activities of CPN in response to a growing case of extortion and violence activities by the party.

As the security forces continue arrest, the government has been reaching out to Chand. Home Minister Ram Bahadur Thapa on Wednesday hinted that a talk was in sight.

“Efforts are underway to bring Chand-led party into the mainstream politics. The ban on the party won't affect the talk. The government has kept its all door open for talks,'' Thapa said while addressing a security seminar in Hetuda on Wednesday.

Chand is under equally big pressure from within and outside the party to reach to some settlement with the government. NCP insiders say that many leaders aren't happy with Chand for premature attacks on Ncell tower despite full knowledge that the party was ill prepared to resume the struggle against the state. In the wake of widespread arrests of senior leaders, several leaders including Khadga Bahadur Bishwakarma has stressed on the need of truce to ensure environment for unconditional release of those arrested. Chand is also lacks solid agenda to canvass public support.

The government's decision to ban Netra Bikram Chand led Communist Party of Nepal (CPN) will further corner the former rebels and might eventually push the country toward another round of conflict, leaders and experts warned.

NCP is an offshoot of former Maoist rebel party which first broke away from the UCPN (Maoist Center) and then from Mohan Baidya led CPN Maoist after the rebel joined the peace process in 2006.

The main opposition Nepali Congress and other parties have been urging both sides to come to dialogue table, saying that it would only escalate tension.

“Talk is the only way forward,” NC spokesperson Bishwo Prakash Sharma had told Republica in a recent conversation, calling on the government to rethink the decision and find solution of the problems through talks.

Former Maoist leader including Baburam Bhattarai, Mohan Bidhya and many within the NCP have been calling on the government to find amicable solution of the problem to prevent the country from going to another round of war.

KATHMANDU, March 8: Crackdown continued on leaders of the Communist Party of Nepal (CPN) on Thursday with the police seizing... Read More...