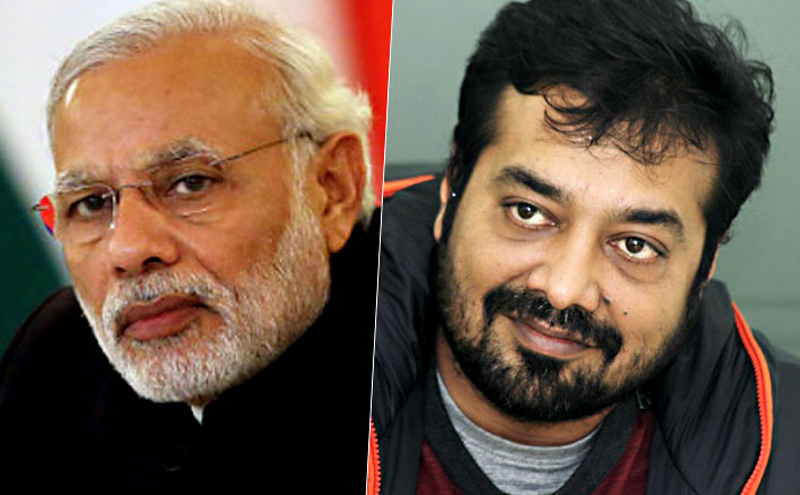 “We solve all our problems by blaming it on movies and banning it. Ae Dil Hai Mushkil, with you on this Karan Johar,” Kashyap tweeted.

“Narendra Modi Sir, you haven’t yet said sorry for your trip to meet the Pakistani PM. It was December 25. Same time KJo was shooting Ae Dil Hai Mushkil? Why?” Anurag asked.

“Narendra Modi, why is it that we have to face it while you can be silent? Narendra Modi and you actually diverted your trip on our tax money, while the film shot then was on the money on which someone here pays interest.

“I am just trying to understand the situation because I am actually dumb and I don’t get it. Sorry if you feel offended,” added the director.

On his way home from Kabul, Modi halted in Lahore in December last year for a surprise meeting with his Pakistani counterpart Nawaz Sharif.

The Cinema Owners and Exhibitors Association of India on Friday said that movies featuring Pakistani actors would not be screened in single screen theatres in Maharashtra, Goa and Gujarat.

The decision came amid heightened India-Pakistan tensions in the wake of a terror attack on an Indian Army camp in Jammu and Kashmir and the Indian Army’s surgical strikes on Pakistani territory.

Modi delights locals of Mustang during his visit to Muktinath

MUSTANG, May 13: Locals of Mustang offered a grand welcome to Indian Prime Minister Narendra Modi when he visited Muktinath, a... Read More...

In big win for Modi, Nitish Kumar teams up with his ruling BJP