Amid lockdown, troubled Indians returning home (with photos and video)


People from Bihar, India working in Kathmandu as construction laborers reached at Kulekhani Makwanpur while heading towards Raksaul on Tuesday, 31 March 2020

KATHMANDU, March 31: As the nationwide lockdown entered its eighth day today, the laborers especially involved in various construction works in Kathmandu valley have started heading towards their homes.

The Indian workers had to face various difficulties during their stay in Kathmandu. According to them, they were running out of daily foodstuffs and money.

As the cross-border vehicular movement is suspended, the construction workers from the Indian state of Bihar set out on foot in the wee hours of today morning for their home towns hundreds of miles away. Our photojournalist followed them from Kathmandu to Kulekhani, Makwanpur on Tuesday as they were heading towards their homes.

“We started walking at 1 am. We have no other option rather than walking to our own home as it is really difficult to survive in such an expensive city without work and money,” they said.

Some of them are seen riding their bicycles.

Not only Indians, but Nepali people from Terai region are also returning home. 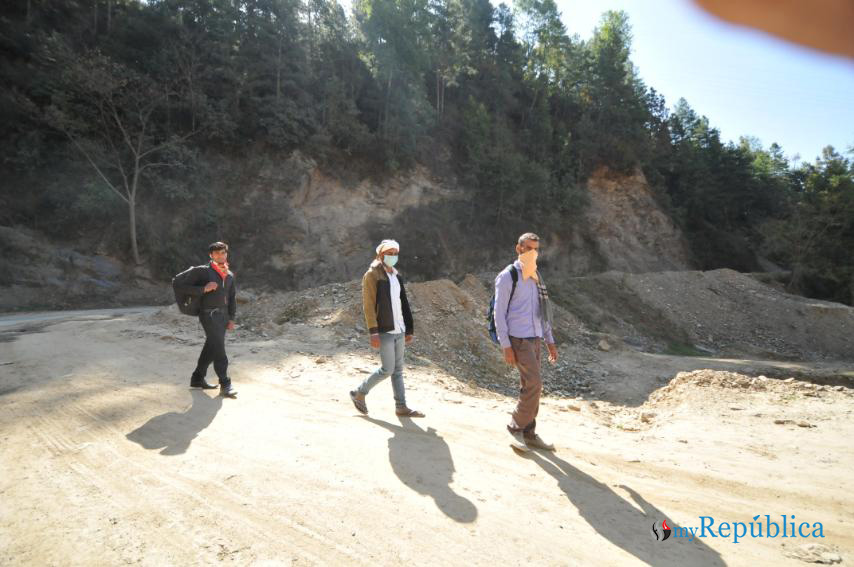 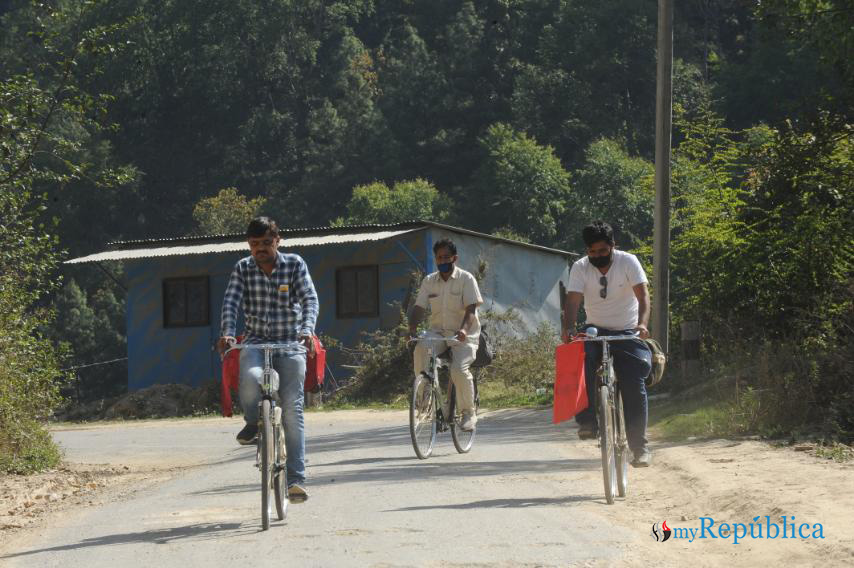 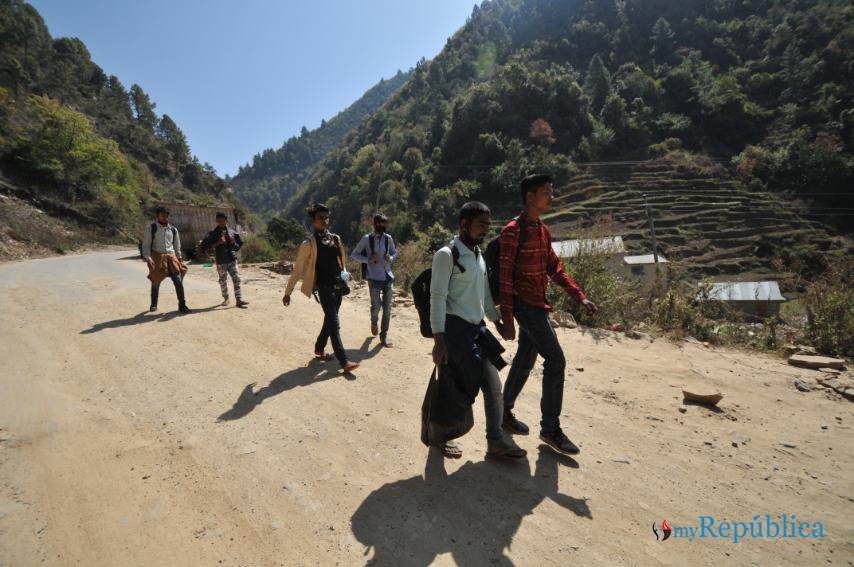 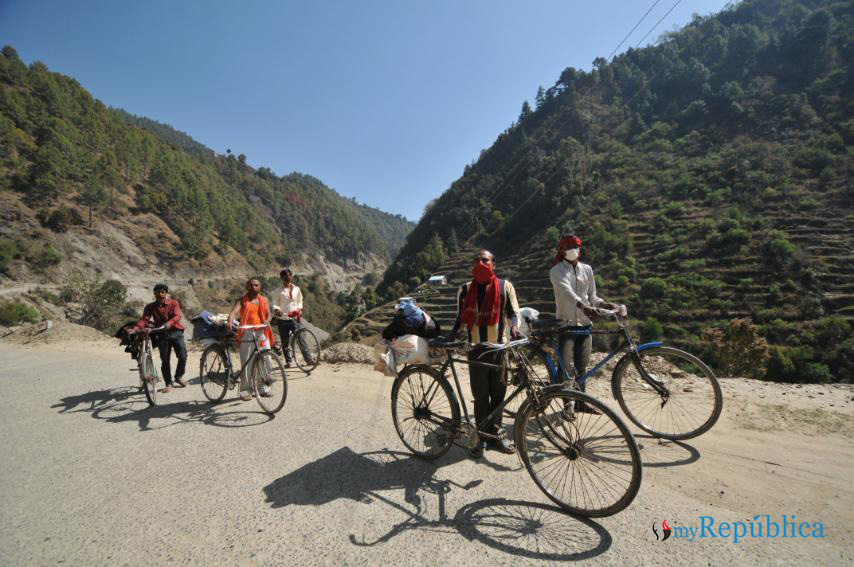 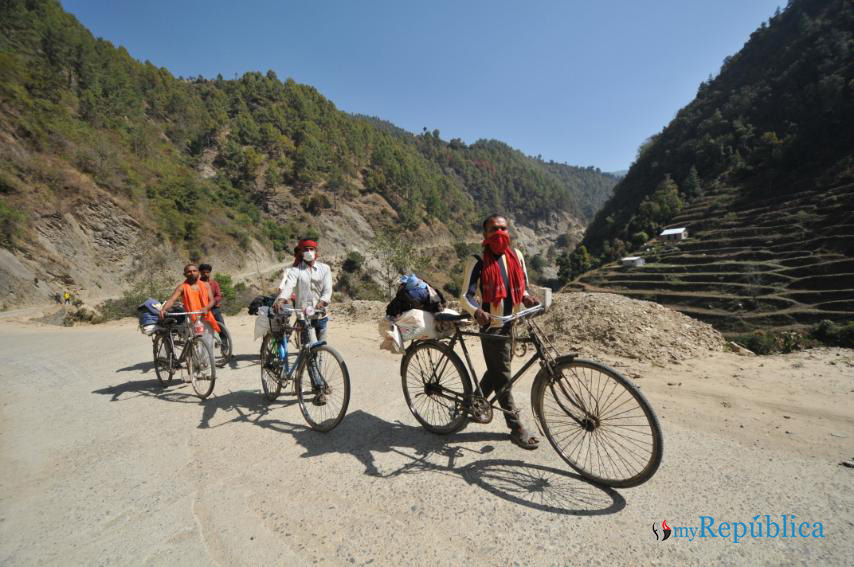 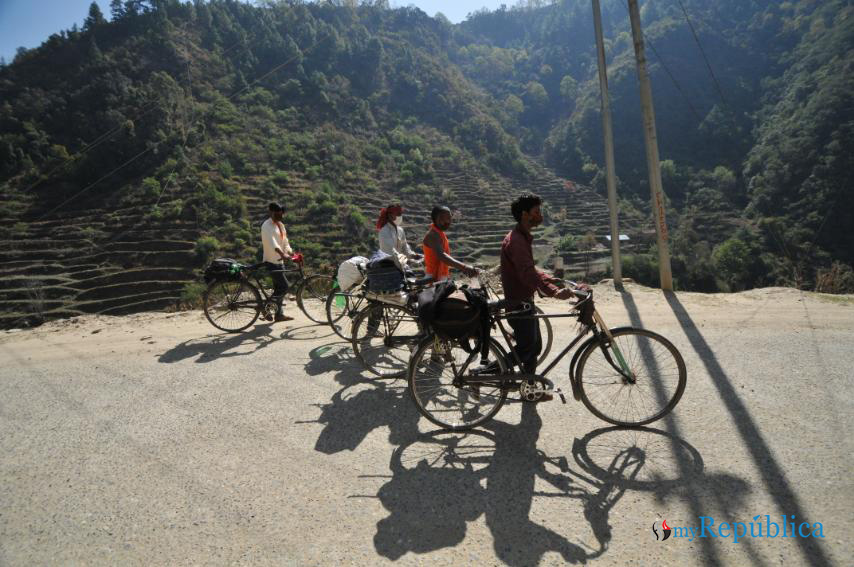 KATHMANDU, May 1: The inmates section at Metropolitan Police Range, Teku, is all empty for the first time in 65... Read More...