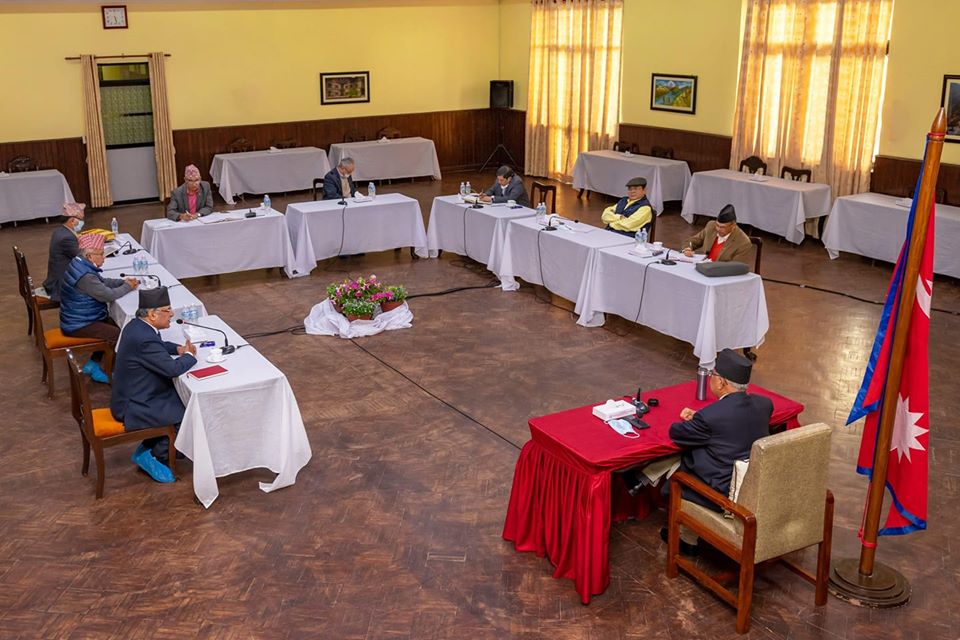 KATHMANDU, May 2: Amid growing intra-party rifts, a meeting of the ruling Nepal Communist Party (NCP) Secretariat is taking place this evening.

According to spokesperson for the NCP, Narayan Kaji Shrestha, the meeting has been rescheduled for 5:30 pm. Initially, the meeting was to start at 4 pm.

The meeting which is to take place at the Prime Minister’s Official Residence in Baluwatar is expected to take a decision on fixing the date for the party's Standing Committee meeting as demanded by a majority of NCP leaders, except the Oli-led faction.

The meeting is being watched closely as both Prime Minister KP Oli and the rival factions in the party are expected to demonstrate their strength in the ruling party.

The meeting is taking place at a time when the growing intra-party disputes between the two rival factions led by Pushpa Kamal Dahal and Madhav Kumar Nepal are seeking to overthrow Prime Minister Oli both from the party and the helm of the government. The factions led by Dahal and Nepal have demanded the resignation of Prime Minister Oli, alleging that his government had failed to perform well.

Earlier on April 30, during the party's secretariat meeting, Prime Minister Oli had offered to make the party's senior leader Bam Dev Gautam the new prime minister and Madhav Kumar Nepal the third chairman of the party in order to settle the intra-party power tussle. Oli vowed that he would resign from the post as soon as the coronavirus pandemic is over.

In a bid to settle the disputes in the party, Oli also floated the idea of making senior leader Nepal the third chairman of the party after him and executive chairman Dahal.

Oli is in minority in the secretariat, Standing Committee and the Parliamentary Party Committee of the NCP after Nepal and Gautam decided to join the Dahal faction, arguing that Oli had acted 'unilaterally' both in the party and the government.

The Dahal-Nepal faction had earlier sought to convene the party's standing committee meeting as well. But PM Oli has so far brushed aside the need to call for the Standing Committee meeting arguing that he had already withdrawn the controversial ordinances and offered to mend the ways of the government.