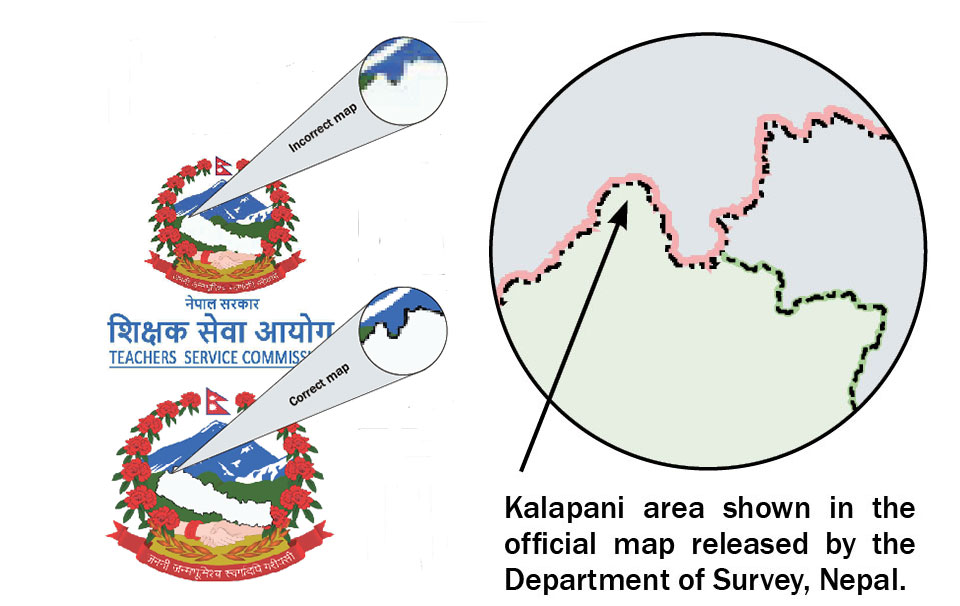 During the meeting called for 4 pm Saturday at Baluwatar, top leaders of major political parties and the former prime ministers and border experts are expected to work out a common understanding on how to resolve the Nepal-India issue that has emerged in the district of Darchula. “Parties will forge a consensus on how to take up this border issue with India and resolve it diplomatically,” said the prime minister's press advisor, Kundan Aryal.

He said the government will put forth its stance before the Indian government and try to resolve the issue diplomatically and on the basis of the evidence that Nepal has preserved hitherto.

The prime minister's move comes after protests across the country and the burning of the new Indian map. The protesters are demanding corrections to the recently released Indian political map that places Nepali territory at Kalapani and Lipulekh within India's borders.

This past week, the Indian Home Ministry released the political map placing the Nepali territory of Lipulek and Kalapani within the Indian border. The map was released in the wake of the changes that India has effected in the status of Jammu and Kashmir and Ladakh.

Issuing a press statement on Wednesday, Nepal's Ministry of Foreign Affairs reiterated that “Kalapani is a part of Nepal”.

Stating that the foreign secretaries of the two countries have already been assigned by the Nepal-India Joint Commission to find a solution to unresolved border issues in consultation with experts, Nepal has rejected any unilateral action by India concerning the border.

Echoing the government's statement, the main opposition Nepali Congress and other political parties have also opposed the Indian move to include Nepali territory inside its border.Protesters are not satisfied with the ministry statement, and relations between the two neighboring countries have further soured after the Indian authorities defended their political map. Since then, the political parties and their sister organizations have been protesting against the Indian authorities and demanding correction of the political map. The government is being criticized for not being firm with India over the issue .

On Friday, the student wing of the ruling Nepal Communist Party encircled the Indian embassy and demanded that encroached Nepali territory should be restored. The growing protests have put PM Oli under pressure to respond robustly against the Indian move. It may be recalled that Oli came to power riding a nationalistic wave against the Indian economic blockade in 2015.

KATHMANDU, Nov 22: The government has formed a committee to inspect Nepal’s borders with India and China, following the controversy... Read More...

WHO expresses serious concern over fast-spreading pandemic in Nepal, calls for emergency aid
16 hours ago
Govt recommends names for ambassadorial appointment to 11 countries
21 hours ago

Lockdown in Sunsari for 14 days, army mobilized
5 minutes ago