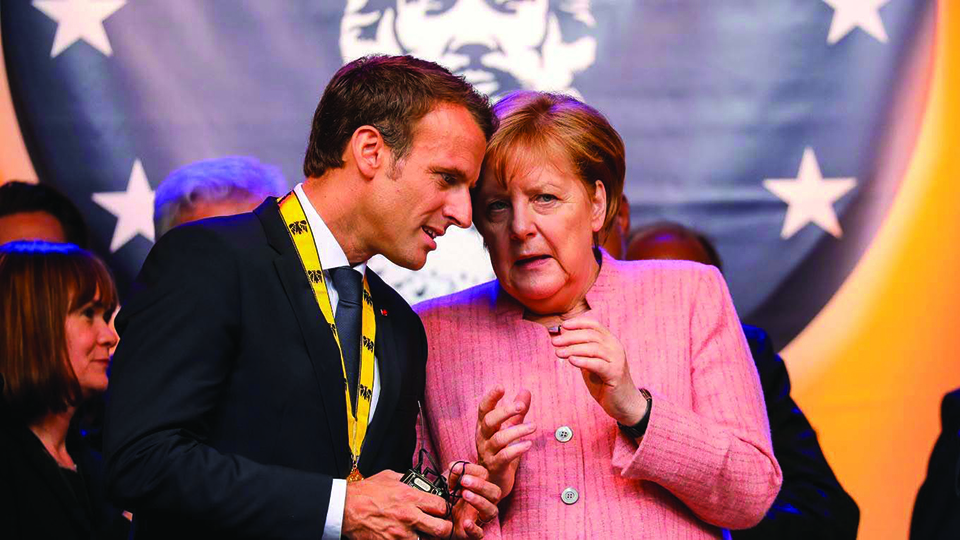 BRUSSELS – One of the main arguments made in support of the United Kingdom’s withdrawal from the European Union is that the UK will be able to negotiate better trade deals with other countries—and even with Europe—if  it is on its own. According to Brexiteers like British Foreign Secretary Boris Johnson, because EU member states are too divided and consumed by their own crises to defend the integrity of the European project, “There is only one way to get the change we want—vote to leave the EU.”

But with less than a year remaining until “Brexit day”—when the UK’s EU membership officially ends—it  is clear that the British government’s hopes of dividing and conquering the EU economy have been dashed. EU member states have remained impressively united throughout the Brexit negotiations. And while Brexit itself is nothing to celebrate, the process has at least shown that Europe is strongest when it is challenged.

In fact, for many Europeans, the EU seems to have returned from the dead. Slowly but surely, French President Emmanuel Macron and German Chancellor Angela Merkel—the bloc’s two most powerful leaders—have shown signs of coming together to pursue long-overdue EU-level reforms.

Moreover, despite the formation of an anti-establishment coalition government in Italy, and the rise of populist parties across Europe, opinion polls suggest that support for the EU is now higher than it has been in decades. According to a recent Eurobarometer survey, if a referendum on EU membership were held today, 83 percent of Europeans would vote to remain in the bloc; and a record-high 60 percent regard EU membership as a “good thing” for their country.

In other words, while populism can certainly sow political divisions within the EU, there is little evidence that Brexit itself has caused a domino effect. The Brexit ringleader Nigel Farage might like to think that Italy’s new populist government represents a success for his brand of go-it-alone nationalism, but it turns out that Europe’s populists are of a different breed than those in the UK. Though financial markets have grown skittish at the prospect that Italy’s new leaders could drive their country out of the eurozone, polling conducted after the election in March showed that 60-72 percent of Italians would not support such a move.

Still, recent polling does reveal more ambivalence about the EU’s current trajectory. Just 32 percent of citizens believe that “things are going in the right direction” for the EU, whereas 42 percent think the bloc is on the wrong path. The question for most Europeans, then, is not whether to destroy the EU, but how to improve it.

Owing to the lingering effects of the 2008 financial crisis and the subsequent eurozone crisis, the EU has failed to implement necessary reforms. But now it has a window of opportunity to act, because the truth about Europe’s dangerous new geopolitical reality is finally hitting home for many in the EU.

After all, the unifying challenge that Brexit has posed to the bloc pales in comparison to that presented by Donald Trump. The US president’s disdain for NATO, and the revelations about his campaign’s contacts with Kremlin-connected Russians prior to the 2016 election, have made it abundantly clear that Europeans can no longer rely exclusively on the United States for their security.

Moreover, Trump’s decision to subject the EU (as well as other US allies such as Canada and Mexico) to import tariffs on steel and aluminum has unified European leaders in outrage and disgust. And his suggestion that German cars should be cleansed from US streets—despite the fact that many “German” cars are actually built in the very US states from which he draws his support—may help Germans realize that they need other Europeans’ help to protect their auto industry.

Trump’s tariffs have thus provided a perfect opportunity for Germany’s grand-coalition government to meet Macron halfway on his ambitious proposals to reform the EU and the eurozone. It is time for Germany to be more open-minded about the needs of Southern European countries.

Trump’s “America First” policies represent a misguided return to the naked nationalism and protectionism of a bygone era. They pose a direct threat to the post-war international order that has underpinned prosperity and stability for 73 years. And yet they could also be just what the long-stagnant European integration process needs.

Trump revels in the chaos he sows. He regards international relations as a zero-sum game of winners and losers, and, to the extent that his foreign and trade policies make any sense at all, they are transactional. By contrast, the EU’s modus operandi is one of collaboration and compromise. And now that these two worldviews are colliding, each is likely to be emboldened.

In addition to Brexit and Trump, Russian President Vladimir Putin’s revanchism and China’s growing assertiveness are upending the global order. But, as we Europeans well know, there is nothing like a crisis to get things moving again. We have avoided tough decisions for decades. Now, we must decide what we want Europe to be in 2050, and beyond.