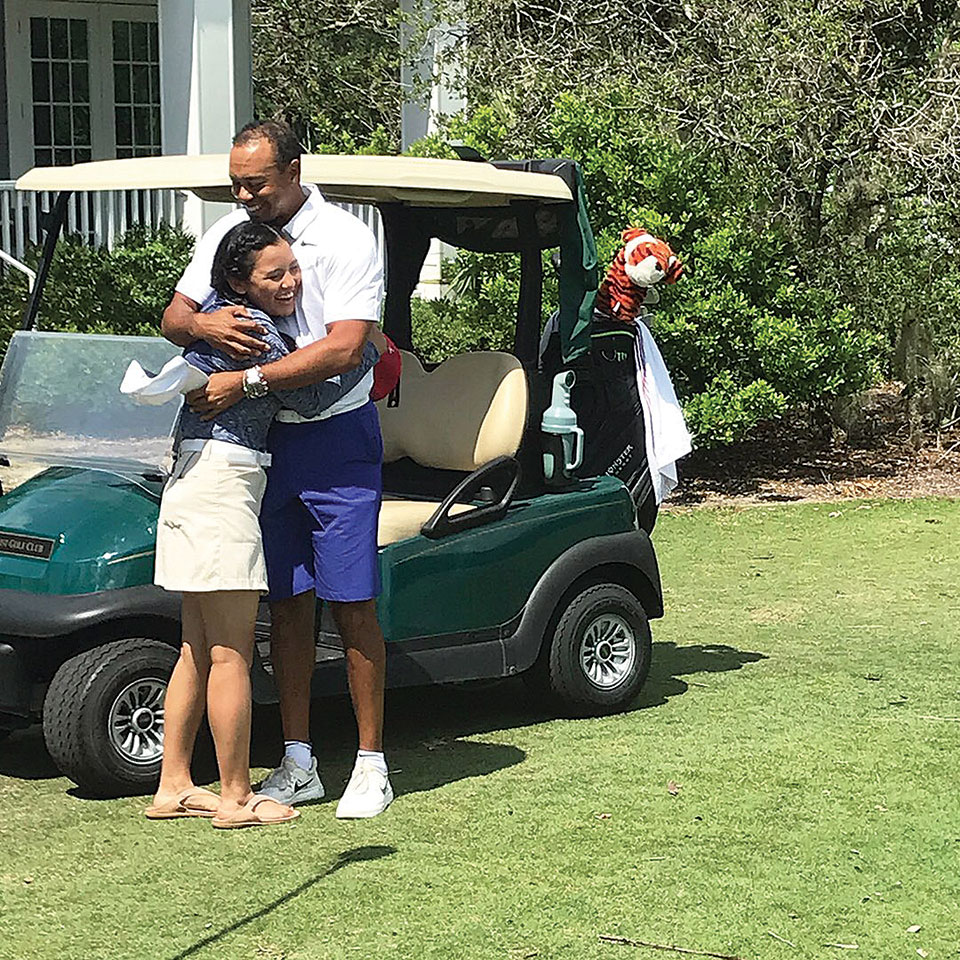 The 18-year old Sherpa, who went to the US for the documentary premier, took full advantage of the opportunity to meet American golf superstar Tiger Woods.

She also got a chance to train with Woods for half an hour at the Medalist Golf Club in Florida. She said that she was excited to meet Woods.

Woods took to Twitter to praise Sherpa saying that she has extraordinary abilities in golf. Woods also said that the conversation and meeting with Sherpa was inspiring.

Woods said that he got the chance to know about Sherpa, who is the first Nepali woman player to make Nepal known to the word, through an article published in the Golf Digest paper some few years ago.

“Inspiring day working with my @TGRFound team and meeting Pratima Sherpa, an amazing young woman from Nepal. We can all learn from her perseverance, hard work and determination,” Woods tweeted.

Woods gave Sherpa some few tips about golf. She is returning to Kathmandu this week.

The 18-year-old aspiring golf pro from Nepal attended the weekend premiere in New York of a film made about her... Read More...

Multiple photos and one video of the Olympic skier were stolen from her personal cell phone and later leaked online Read More...