All eyes on Sitaula vs Lingden, Sharma vs Karki poll battles 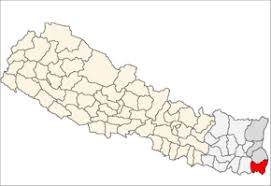 KATHMANDU, Nov 7: "Guests can be served delicious food for a few days, but cannot be handed over the house itself." This has been the Facebook post of many Nepali Congress (NC) voters and sympathizers in constituency 1 of Jhapa district these days.

The remark once made by CPN-UML Chairman KP Sharma Oli in a totally different context is directed toward the CPN (Maoist Center) candidate Ram Karki, who is contesting the parliamentary polls from constituency 1 of Oli's home district ironically with the support of the UML.  Karki, who once contested the poll from Taplejung district, is now contesting this election from Jhapa district as the lone Maoist Center candidate from entire Mechi Zone.

As the election campaign has kicked off, Karki is facing a hard time convincing his prospective voters that he is not a 'tourist candidate' in Jhapa. His key rival in the election is NC's popular youth leader Bishwa Prakash Sharma. Karki has tried to show that he has close connection with Jhapa, highlighting his stay in Jhapa in his capacity as the Mechi Zone in-charge of then underground Maoist party, his private land in Budhabare and his working station in Jhapa during the insurgency period.

As the home districts of heavyweight leaders like Oli, and NC leader Krishna Prasad Sitaula, Jhapa has drawn wider interests, with poll battles in constituency 1 and 3 going strong. The all-time powerful leader Oli in constituency 5 in the district is expected to go unchallenged this election, as NC has fielded a relatively weak candidate, Professor Dr Khagendra Adhikari.

But constituency 3, where NC top leader Sitaula and Rastriya Prajatantra Party (RPP) General Secretary Rajendra Lingden are contesting against each other is set to witness a fierce poll battle. The poll battle in constituency 1 has created no less interest among the people, as the NC youth leader Bishwa Prakash Sharma and Maoist Center leader Karki are contesting against each other from there.

The candidacy of Karki has been proposed by UML candidate Rabin Koirala, who had defeated Sharma in the second Constituent Assembly (CA) election held in 2013.  In constituency 3, Lingden has garnered support from the left alliance, while Sitaula is contesting alone with no apparent support from other parties.

The poll battle transformed into a bipolar race is not limited to the partisan politics of the candidates. This has equally been the competition to evaluate the personal influence of the poll candidates in constituencies 1 and 3 of the district. "In all previous elections, all constituencies in Jhapa used to be interesting to watch. But this time only constituencies 1 and 3 seem to draw the public attention," said local journalist Mohan Kaji.

KATHMANDU, Dec 4: Though unique battles are expected in all electoral constituencies of the second phase of the parliamentary and provincial... Read More...

RPP decides to field Lingden against Sitaula in Jhapa