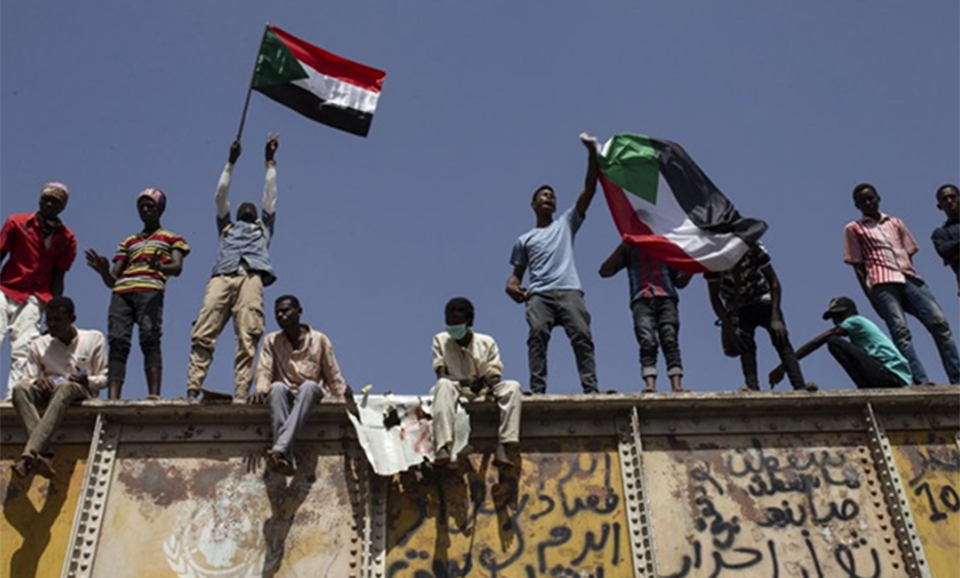 KHARTOUM, May 31: The satellite news channel Al-Jazeera said Friday that Sudan shut down its bureau, just as the country’s military government warned that the Khartoum sit-in that helped bring ruler Omar al-Bashir’s ouster had “become a threat to the revolution.”

The threat against the sit-in comes as civilian forces and the military remain divided on how much power soldiers should have in a transitional government. The protesters demand “limited military representation” on the council but the ruling generals refuse to relinquish power.

It remains unclear whether the military will use recent clashes at the sit-in as an excuse to clear the demonstrations. However, protesters have threatened to launch a civil disobedience campaign over the ongoing deadlock.

In a statement, Al-Jazeera said authorities shut down its Khartoum bureau and banned its journalists from reporting.

“The network sees this as an attack on media freedom, professional journalism, and the basic tenets of the right for people to know and understand the reality of what is happening in Sudan,” Al-Jazeera said in a statement early Friday.

There was no official acknowledgement of the closure from Sudan’s government.

The Qatar-funded satellite network long has drawn the ire of Egypt, Bahrain, Saudi Arabia and the United Arab Emirates, the four nations now locked in a nearly two-year boycott of Doha over a political dispute. They accuse its Arabic-language services of stirring dissent and backing Islamists, whom the nations largely see as a threat to their own governments.

Al-Jazeera long has maintained its network abides by “established global standards of professionalism.” Its English-language service rivals the BBC for its scope.

“Al Jazeera is committed to the truth and providing a venue for the multiple sides of any issue, story, or event and will not be intimidated by the Sudanese authorities,” the network said.

Islamists backed al-Bashir in the 1989 coup that brought him to power. The military announced in April the end of al-Bashir’s 30-year rule in Sudan after weeks of sit-ins and protests ground the country to a halt.

Many of the Gulf nations that long aided al-Bashir offered only tepid support before his ouster. That’s even as a Saudi-led coalition fighting Yemen’s Houthi rebels rely on Sudanese ground forces.

The UAE and Saudi Arabia since have provided $3 billion in aid to shore up the military council. The UAE also has hosted Sudanese opposition and rebel groups for talks with the military on joining a transitional government.

Meanwhile, a large sit-in continues in Khartoum. A gunfight among security forces erupted Wednesday at the sit-in, killing a female street vendor by mistake. The military said a drunken soldier opened fire, killing the woman and wounding two others, including a solider.

The sit-in “has become a hub for all kind of criminal acts, and has become unsafe place and has become a threat to the revolution and the revolutionaries, and is threat to the national security of the state,” Hamed said. “Therefore, we at the Rapid Support Forces in coordination with other security forces who are responsible to restore the safety of the citizens to carry out legal procedures to stop these violations and this behavior.”

He did not elaborate on what that would mean for peaceful demonstrators.

The Rapid Support Forces has its roots in Sudan’s Janjaweed miliitas, which have been accused of genocide in the Darfur region. In 2003 and 2004, those militias torched villages, killing and raping civilians. Their rampaged killed some 300,000 people and saw 2.7 million forcibly displaced.

However, both the Sudanese army and the Rapid Support Forces both refused earlier orders from al-Bashir to clear out the sit-in.

At the end of the Arab Spring, governments like Bahrain and Egypt used force to clear similar sit-ins.

A Sudan in transition presents first-ever film for Oscars

Nearly two years after the overthrow of autocrat Omar al-Bashir, Sudan is taking steps to rejoin the international community from... Read More...

Air service resumes to and from Jumla airport
15 hours ago