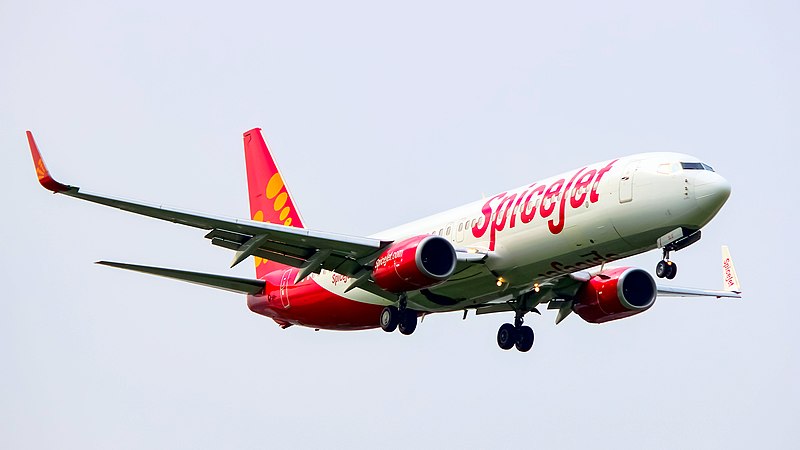 NEW DELHI, June 19: An aircraft carrying 185 passengers Sunday made an emergency landing immediately after the takeoff as its left engine caught fire in the eastern Indian state of Bihar, officials said.

All the passengers are safe, said the officials.

The Delhi-bound SpiceJet plane had taken off from the airport in Patna, the capital city of Bihar.

"The plane has landed safely and all passengers have been safely deboarded," Patna district magistrate Chandrashekhar Singh told media.

"Immediately after the take-off flames were seen on the left wing of the aircraft, which was observed by the people of Phulwari Sharif area. They alerted the airport authorities. The pilot also realized the glitch and made an emergency landing."

Meanwhile, the Spicejet authorities said a bird hit prompted the fire in one of the engines of the aircraft.

"On June 19, 2022, SpiceJet B737-800 aircraft was operating SG-723 (Patna-Delhi). On takeoff, during rotation, cockpit crew suspected bird hit on engine," a statement issued by the airline said.

"As a precautionary measure and as per standard operating procedure (SOP), the captain shut down the affected engine and decided to return to Patna. The aircraft landed safely in Patna and passengers were safely deboarded. Post-flight inspection showed bird hit with three fan blades damaged," the statement added.

KATHMANDU, July 4: A 15-member men's basketball team is set to leave for India on Tuesday to take part in... Read More...

Newly-appointed ministers to be sworn in today
9 minutes ago

One arrested with marijuana
16 hours ago