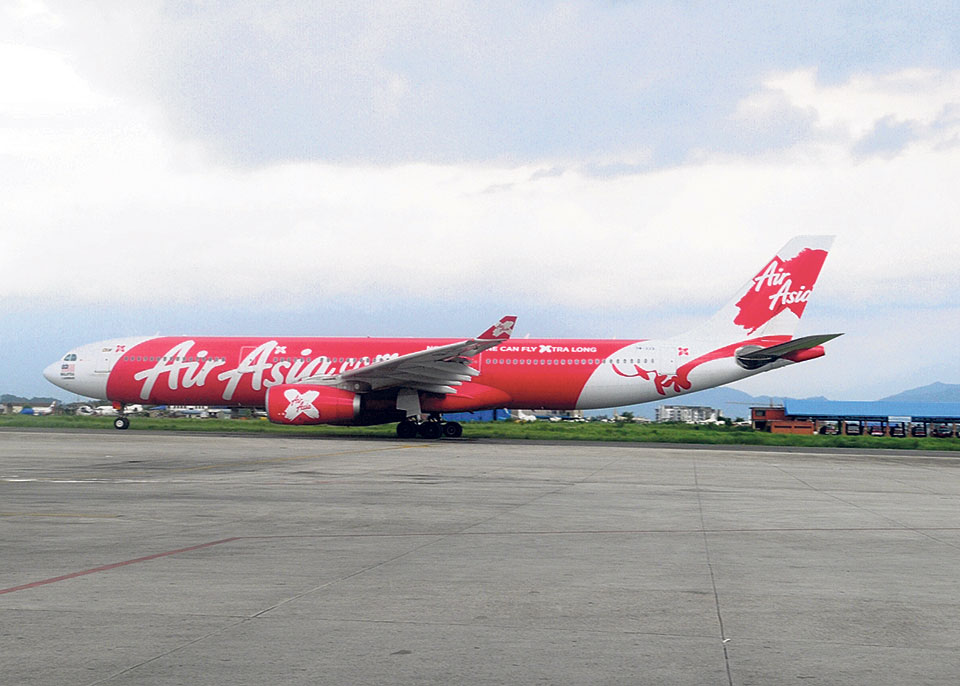 The office took the decision after AirAsia X CEO Benyamin Ismail made a written commitment on Friday to clear Rs 400 million that the airline owes to the office by July 31 in four installments.
Earlier, TIA CAO had decided to ban AirAsia X from flying to Nepal if all the dues are not settled by March 6.

“We have decided to give AirAsia X four months to clear the dues after we received an email message from the AirAsia X CEO in which he has made commitment to clear all dues by mid-July as well as provide a bank guarantee of Rs 250 million,” Raj Kumar Chhetri, general manager of TIA CAO, said.

AirAsia X is required to pay TIA CAO Rs 270 million in service charge and Rs 130 million in fine, he added.

Earlier, two officials of AirAsia X had visited Nepal to discuss the issue with TIA CAO. In the discussion, the AirAsia X officials had agreed to furnish bank guarantee of Rs 250 million within March 9 (Friday).

On Friday, however, AirAsia X sent an email to the TIA CAO, asking for more time to settle their dues.